Today! #mercurytransit of the Sun 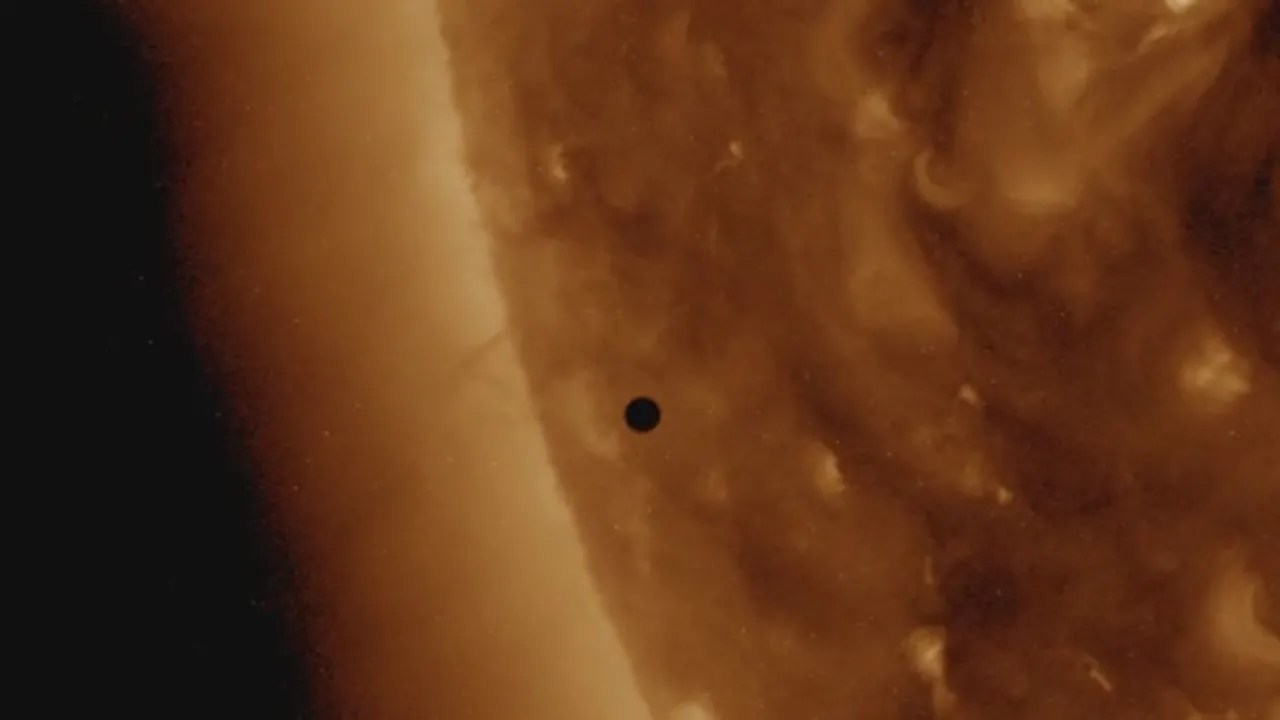 On Monday (May 9), you will have an opportunity to witness one of the rarest astronomical events: a transit of Mercury across the face of the sun.

Because Mercury and Venus are closer to the sun than Earth is, the two planets occasionally pass between Earth and the sun, performing something called a solar transit. This happens less than twice a century with Venus, and 13 or 14 times a century with Mercury.

On May 9, skywatchers on most of the Earth will be able to see such a transit of Mercury. Because this transit lasts more than 7 hours, the Earth will turn enough that parts of the transit will be visible nearly everywhere on Earth except for Australia, New Zealand, Indonesia, the Philippines and a small area of eastern Asia. Observers in eastern North America will be able to see the whole transit, while the transit will already have begun as the sun rises in the western half of the continent.

The Mercury Transit of 2016: Full Coverage]

The Mercury transit begins just after 7 a.m. ET and ends just before 3 p.m. ET. On the West Coast, it begins at sunrise and ends around 11:30 PT (2:30 a.m. ET). The exact times at any given location will vary a bit, but a planetarium software program like Starry Night or SkySafari will give the exact times for your location.

The other important thing a planetarium program will tell you is exactly where on the sun’s limb to look for the first appearance of Mercury. Unless you know where to look, you will miss the beginning of the event, which astronomers call “first contact.” Second contact occurs when Mercury has completely made it onto the sun’s disk.

At this point, you may see something called the “black drop effect.” An optical illusion causes the disk of Mercury to appear to be connected to the dark sky beyond the sun by a tiny thread of blackness. You can see this illusion in the first graphic below.

The black drop may also be visible at third contact, when Mercury begins to leave the sun’s disk some 7.5  hours later. Fourth contact is when Mercury is completely off the sun.

Now for the bad news: You will need a good telescope equipped with a proper solar filter to see Mercury silhouetted against the sun. That is because Mercury is very small compared to the sun only 1/160 the diameter of the star. (Warning: NEVER look directly at the sun without proper protection. Serious and permanent eye damage can result.)

I found while observing the transit of Mercury in 1999 with my 80mm refractor that I needed a magnification of 67x to see Mercury’s tiny disk; 45x was not enough. By contrast, when Venus was in transit in 2004 and 2012, it was visible with the naked eye.

If you don’t own a good telescope equipped with a solar filter, don’t despair. Many astronomy clubs will be hosting public viewing events.

For example, the Ottawa Centre of the Royal Astronomical Society of Canada will be holding a public transit-viewing event on the lawn in front of the Houses of Parliament. At least 25 telescopes will be set up for the public to view the event, and many members of Parliament are expected to be present, perhaps even Prime Minister Justin Trudeau.

Check your local media to see if there is a transit viewing close to you.