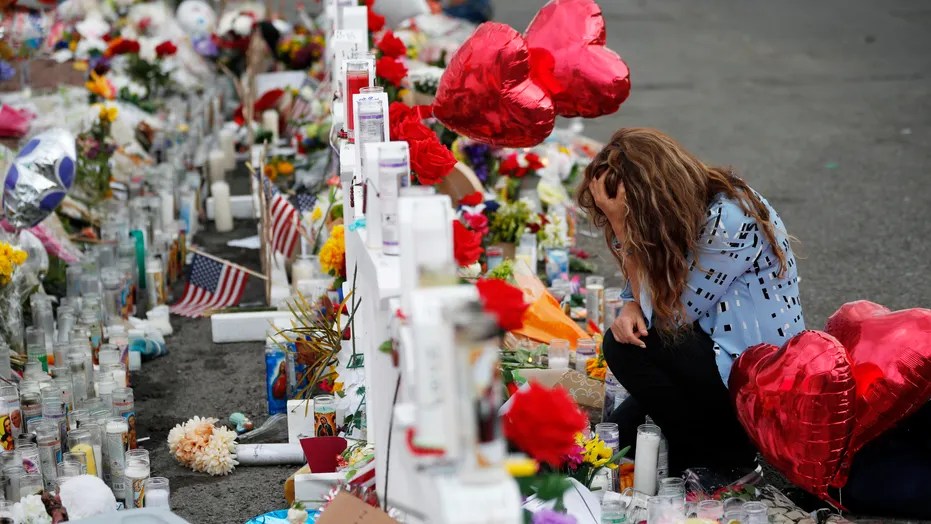 Gloria Garces kneels in front of crosses at a makeshift memorial near the scene of a mass shooting at a shopping complex in El Paso, Texas last August. (AP Photo/John Locher, File)

She added that when the coronavirus pandemic and social distancing orders pass they will have a proper memorial and mass where the community could pay their respects “to an El Paso warrior!”

“His courage, his strength and his story have touched many lives, including those of our caregivers, who tirelessly fought with him and for him every step of the way,” Shimp added. “We are grieving with his family and with our community.”

The suspect, Patrick Crusius, 21, remains in jail awaiting trial. State prosecutors have charged him with murder and are pursuing the death penalty.

Police said they arrested Crusius near the shooting after he surrendered to officers, telling them he was targeting “Mexicans.”

The Garcia family joined a number of victims who sued the Walmart over lack of security on the shopping day that saw roughly 3,000 people in the store.

The Walmart reopened in November.

The Associated Press contributed to this report

David Aaro is a Reporter at Fox News Digital based in New York City.

Previous Post: Willie Nelson signs, auctions off face masks gifted to him so that more PPE can be made
Next Post: Long-Term Isolation Is Really Not OK for Boomers