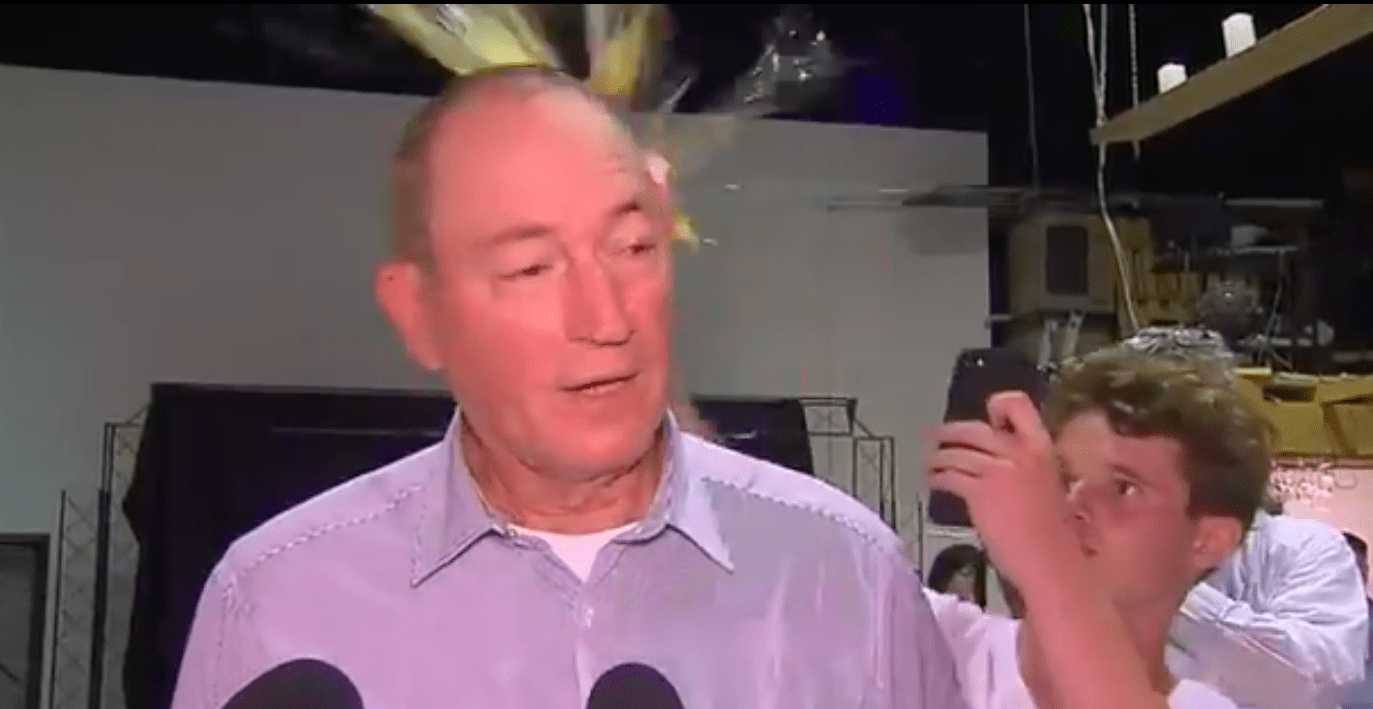 Far-right Australian Senator Fraser Anning was egged by a teenager after making offensive comments about Muslims in the wake of a terrorist attack in New Zealand that killed 49.

Anning, who represents Queensland, is an independent who holds strong far-right and anti-immigrant views.

A video shows Anning speaking to reporters at a right-wing rally Saturday, according to the Sydney Morning Herald. A teenager, who appears to be filming the event on his mobile phone, suddenly walks toward Fraser and cracks an egg on the back of his head while continuing to film.

Fraser then turns to the teenager, hitting him in the face before two men, identified by theHerald asAnning’s supporters, step in and break up the altercation.

Earlier in the day, Anning had repeated his claims that Muslim immigration was to blame for Friday’sattack, theHerald reported.

According to theGuardian,the 17-year-old was taken away by police and was not charged with a crime, although Victoria police are investigating the incident.

In a statement after the shootings at two mosques in Christchurch, New Zealand on Friday, Anning claimed,“the real cause of bloodshed on New Zealand streets today is the immigration program which allowed Muslim fanatics to migrate to New Zealand in the first place.”

The attacks were perpetrated by an Australianwho appears to have white nationalist views.

Anning has a long history of offensive and Islamophobic statements. In addition to his inflammatory statement on the attacks, Anning tweeted, “Does anyone still dispute the link between Muslim immigration and violence?”

Does anyone still dispute the link between Muslim immigration and violence?

His Twitter feed is packed with similar statements. During his first speech in Australia’s Parliament, he invoked the “final solution” in reference to a proposal to end Muslim immigration to Australia. According to the Guardian, he was ousted from his political party, Katter’s Australian party, for advocating immigration policies that were too openly racist.