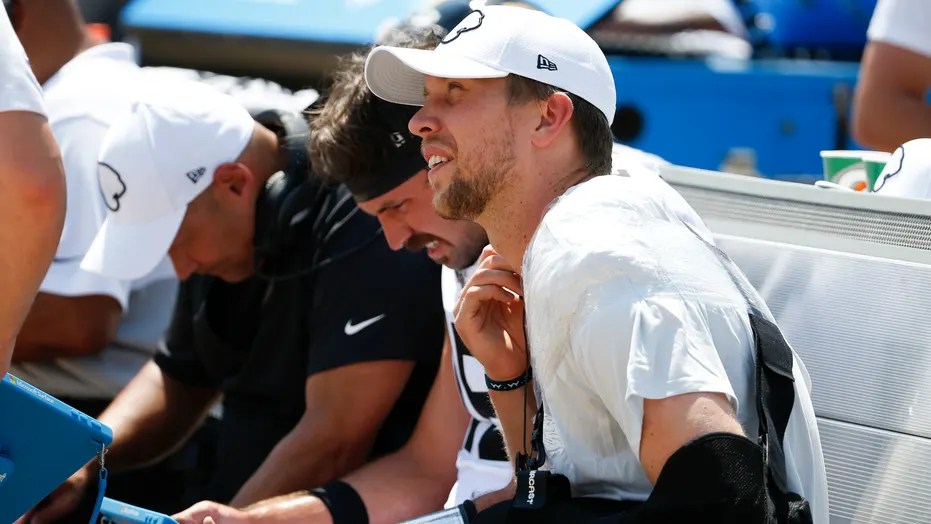 “It was unfortunate,” Marrone said after the loss. “You’d really like to see how the game would’ve worked itself out with Nick.”

Foles suffered the injury on a play that saw Chiefs defensive tackle Chris Jones drive the QB into the ground as Foles released the ball on a 35-yard touchdown pass to DJ Chark.

It was Foles’s first touchdown pass as a Jacksonville Jaguar. The announcers said they felt the play deserved a penalty, but no flag was called.

Foles left the field right away and received X-rays before returning in a sling.

“This one’s worse than 2014, but I’m optimistic it will heal quicker,” Foles said at a postgame news conference in Jacksonville.

One silver lining for the Jaguars was the play of rookie backup quarterback Gardner Minshew, who completed 22 of 25 passes for 275 yards, two touchdowns and one interception while filling in for Foles.

“I was really proud of him for stepping up,” Foles said after the game. “I’m going to be here to help him any way possible.”

Marrone said he felt the same way after the game, while still reserving praise for the rookie quarterback out of Washington State.

The Jaguars are set to travel to Houston next Sunday without Foles in the starting lineup for a game against the division-rival Texans.

David Aaro is a Freelance Reporter at Fox News Digital based in New York City.