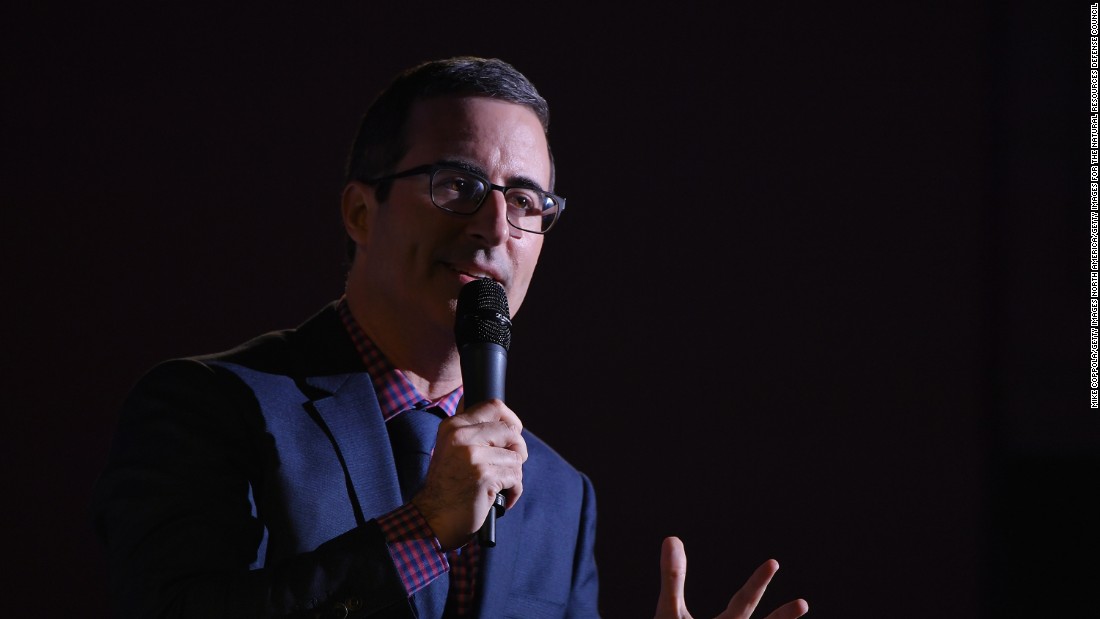 (CNN)John Oliver opened Sunday’s episode of “Last Week Tonight” by addressing the most recent mass shootings that happened over the weekend.

“While it’s still very early, it does feel like there are a couple of points that seem worth mentioning here. First, when it comes to gun control, I know it can feel like everything’s been said before…but while the depressingly familiar numbness that you may be currently feeling can help you handle the pain in the short term, in the long term, it can actually be a real problem because unless something hurts as much as it’s supposed to, nothing gets done about it,” he said.
He continued: “And something has got to be done here, and not just about guns, but the El Paso shooting is currently being investigated as a hate crime. And the shooter’s manifesto featured anti-immigrant language that may well be familiar to you from certain cable networks and certain presidents. Clearly, white nationalism and anti-immigrant hysteria did not start with this president, but he certainly seems to have created an environment where those kinds of views can fester and indeed thrive. In fact, just three months ago as he was deliberately winding up a crowd with the image of 15,000 immigrants marching toward the border, this happened.”
Oliver then showed video of President Trump at a campaign rally.
“How do you stop these people? You can’t,” Trump rhetorically asked in reference to migrants.
After an audience member shouted “Shoot them,” Trump quipped, “That’s only in the Panhandle [where] you can get away with it that statement. Only in the Panhandle.”
Oliver blamed Trump for encouraging racist language and actions, and called it “appalling.”
“Here’s the thing about that,” Oliver said. “It is not only in the Panhandle where you can get away with that statement, you can now get away with this all over the country and, as he just made painfully clear, in any room the actual president is in, which is absolutely appalling. And that is something we cannot afford to get numb to. Because if that ever even a moment feels like it’s become normal, we are completely f***ed.”
Saturday’s shooting in El Paso, Texas is being investigated as a hate crime.
Just hours later, a gunman entered a bar in Dayton, Ohio, where his sister, Megan Betts, was among those killed.