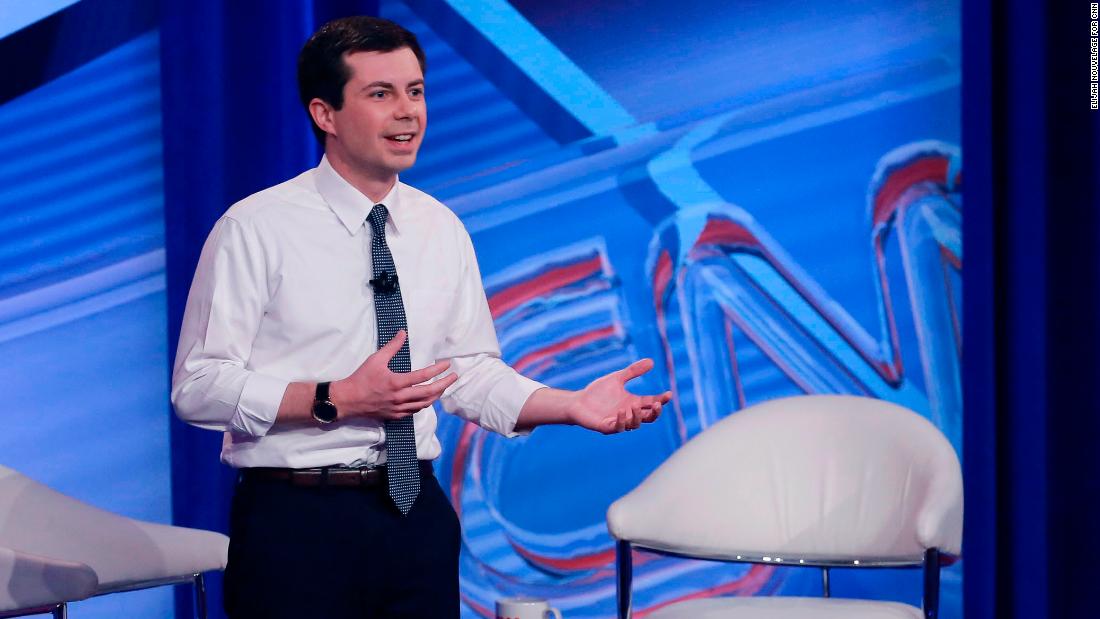 (CNN)A judge in Indiana ruled Monday that the so-called South Bend tapes case — which has received newfound scrutiny amid Mayor Pete Buttigieg’s presidential run — can continue to trial, ensuring that the issue will drag on at the same time that the Indiana Democrat runs for president. 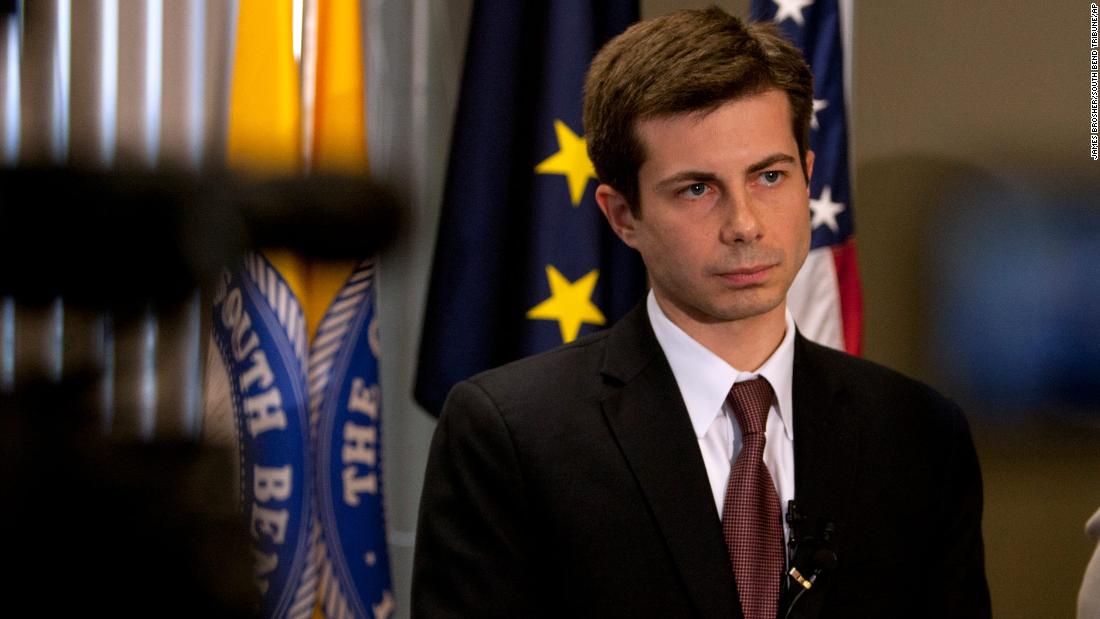 In 2012, Buttigieg, then months into his first term as mayor, asked Boykins to resign over the tapes matter as federal and state authorities investigated allegations that Boykins threatened subordinates (those investigations have since ended without charges). After initially agreeing to step down, Boykins — who was the city’s first ever African American police chief — rescinded his resignation and vowed to fight it.
The ensuing fight has continued throughout Buttigieg’s time as mayor. He has received criticism over his handling of the matter, which included the demotion of Boykins and the firing of another police department employee. The city faced lawsuits over those actions, resulting in settlements to Boykins and others. Those settlements, the city said, did not indicate an admission of wrongdoing on its part.
Now, the legal battle continues over the release of the tapes themselves.
St. Joseph County Superior Court Judge Steven Hostetler decided on Monday that the South Bend Common Council’s legal attempts to obtain the tapes from the city have merit and a trial is needed. He also ruled that some recordings didn’t violate state law and were not prohibited, meaning those recordings could soon be released to the city council.
Few have heard the recordings, but that may change as the case moves forward.
According to a federal court decision laying out the facts of the case, the tapes case dates back to 2011, when, because of crashes in the South Bend Police Department’s telephone recording system, Police Department Communications Director Karen DePaepe listened to some recordings to determine whether data loss had occurred.
While listening to some of the calls, DePaepe heard comments from Brian Young, the captain of the department’s investigative division, that “she found to be inappropriate,” according to the 2015 federal court decision. The court document also indicates that Young’s line was recorded without his knowledge because the officer who previously had his phone number had asked for the line to be logged.
DePaepe then told Boykins about the recordings and, according to the court, the police chief “decided to continue the recording practice to gather more information before making a decision on what to do.” Seven months later, according to court documents, Young found out his line was being recorded and asked for the recording to stop; nothing was done at that time. Two months later, Boykins asked DePaepe to “give him relevant recordings of Young’s line to keep them as evidence,” according to the court. The communications official then “made five audio cassette tapes for eight recordings that occurred between February 4, 2011, and July 15, 2011.”
On Monday, Hostetler ruled that recordings made prior to DePaepe’s discovery were not covered by the Indiana Wiretap Act and thus were not prohibited. That ruling means those tapes may be released to the city council.
However, one outstanding issue — the exact date DePaepe discovered the recordings — could determine which tapes are released.
The recordings made after DePaepe’s discovery — and the tapes made by her at Boykins’ request — “present a more complicated question,” leading the judge to issue a partial judgment that notes that no person gave “express consent” — written or verbal consent — to be recorded.
Still in question is whether the officers had granted “implied consent” — consent determined through actions or conduct — to be recorded, Hostetler wrote.
Another outstanding issue, Hostetler wrote, is whether the recordings violate the Federal Wiretap Act.
The judge set a pre-trial conference for the matter on May 1. No trial date was set.
At a CNN town hall on Monday, Buttigieg said he has not heard the contents of the tapes, but he does want to know what is on them as long as listening to them does not violate federal and state wiretap laws. 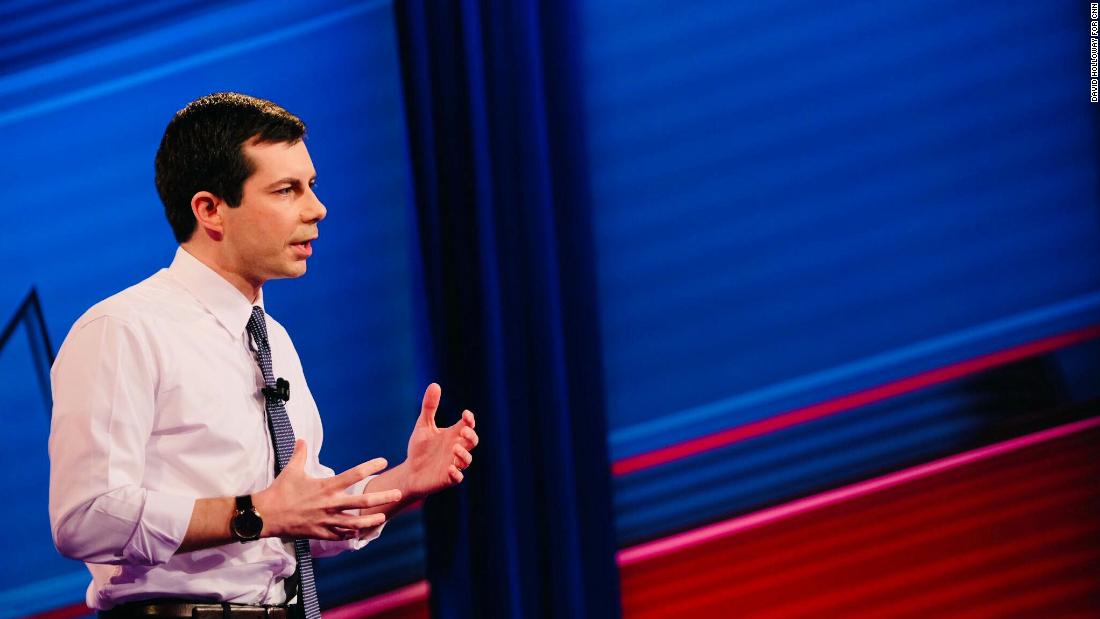 “The reason I don’t know (what is on the recordings) is these tape recordings were made in a way that violated the Federal Wiretap Act. That is a federal law that controls when you can and can’t record people,” Buttigieg said. “That’s a law punishable by a term in prison and so I’m not going to violate it, even though I want to know what’s on those tapes like everybody else does.”
In 2012, Buttigieg, then months into his first term as mayor, asked Boykins to resign over the tapes matter as federal and state authorities investigated allegations that Boykins threatened subordinates (those investigations have since ended without charges). After initially agreeing to step down, Boykins — who was the city’s first ever African American police chief — rescinded his resignation and vowed to fight it.
That fight — along with subsequent settlements and lawsuits to get the tapes released publicly — has dragged on for seven years.
The tapes case has cost the city of South Bend upward of $2 million, local media reported, including nearly $1 million in settlements with Boykins, DePaepe and the officers involved.
The case also raised questions — namely among African American leaders in South Bend at the time, but more recently from progressive activists — about whether the mayor will struggle with African American voters, a key demographic in the Democratic primary.
Buttigieg, asked by CNN about the case earlier this month, said he learned a series of lessons from the controversy. He said he had focused on making sure South Bend was complying with federal law — but noted that wasn’t what many people in South Bend were passionate about.
“For a lot of people, this wasn’t about the nuances of the Wiretap Act,” he said. “This was about whether they could trust their police department.”