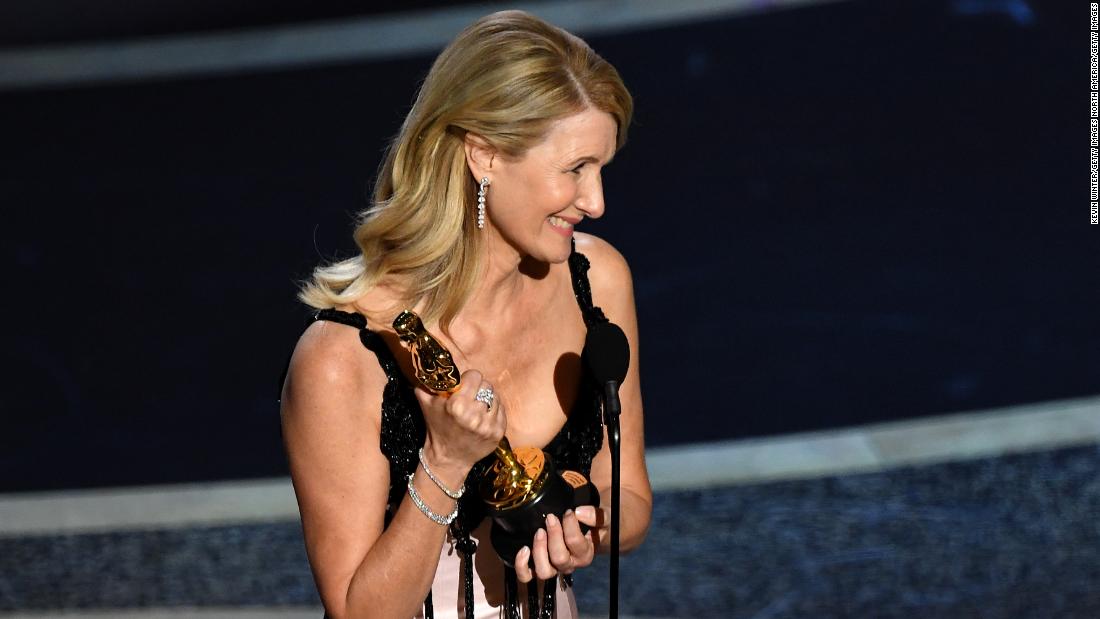 (CNN)And the Oscar (at last) goes to … Laura Dern.

“Noah [Baumbach] wrote a movie about love,” Dern said in her speech. “And about breaching divisions in the name and in the honor of family and home and hopefully for all of us in the name of our planet.”
“I would like to say a special thank you to the gifts of the love stories of my life, my stepchildren, CJ and Harris, my heart and inspiration, Ellery and Jaya,” Dern continued. “You know, some say never meet your heroes, but I say if you’re really blessed you get them as your parents. I share this with my acting heroes, my legends, Dianne Ladd and Bruce Dern.”
Adding at the end that this was “the is the best birthday present, ever.” Dern turns 54 on Monday.
This is the third nomination of Dern’s career, previously she received nods for “Rambling Rose,” and “Wild.”
It’s been an exciting awards season for Dern, who has already won a Golden Globe, SAG Award and BAFTA Award, among other accolades for her performance in the film.
Dern began her career in Hollywood at the age of 11, and as she mentioned in her speech she hails from Hollywood royalty with both of her parents being Academy Award nominees.
In a recent interview with Vanity Fair, Dern said that she would not prepare a speech in advance. “I was raised by actors, and they taught me, you never know. I’ll be in the moment.”