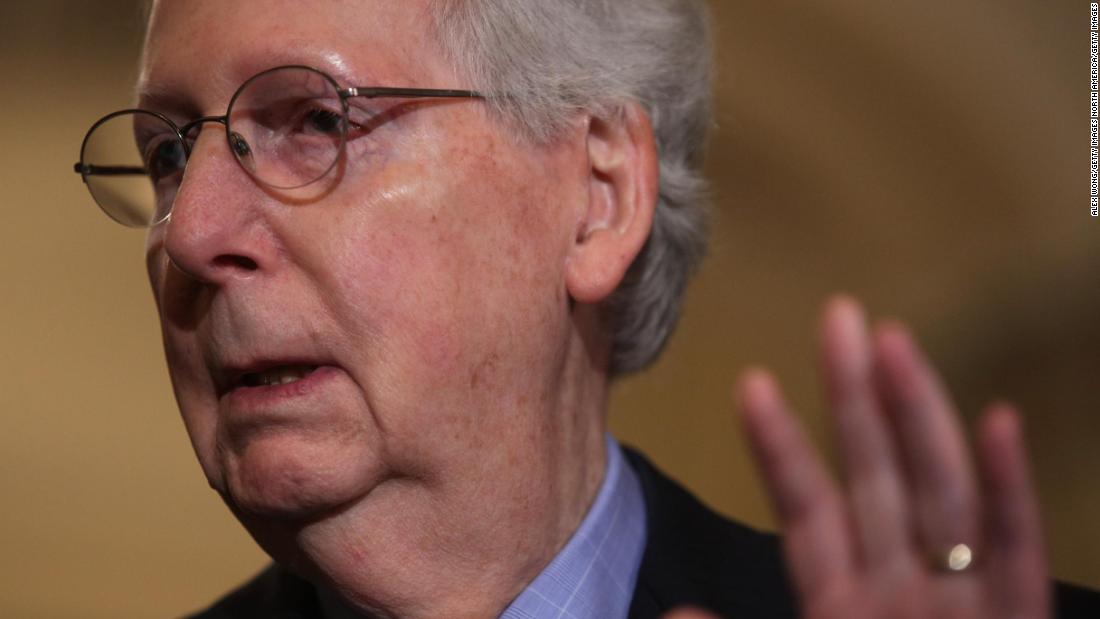 (CNN)President Donald Trump didn’t cite new gun legislation in his public remarks Monday, following the pair of deadly mass shootings over the weekend, and he won’t have to worry about any such bills so long as Majority Leader Mitch McConnell, the proud obstructionist of Capitol Hill, keeps them off the Senate floor.

But Democrats and gun control activists are hoping that this time, after shootings in El Paso, Texas, and Dayton, Ohio, left scores dead, they will be able to succeed in passing some kind of new federal gun control measure into law for the first time in decades, and they’re aiming to pressure McConnell in new and uncomfortable ways.
The Kentucky Republican is so well known for his obstruction of Democratic priorities that he’s bragged about it.
“That’s why I call myself the Grim Reaper,” he said of Democrats during an appearance at a Kentucky political event over the weekend. “I’m killing their socialist agenda.”
His campaign tweeted a photo of homemade yard sign headstones, a questionable move coming hours after the shootings in Texas unfolded.
The problem with McConnell’s boast of protecting the country from socialist takeover is that the bipartisan bills passed through the House that he has ghosted read more like a checklist of popular public priorities: election security, protections for people with preexisting health conditions and people brought to the country as undocumented children, and, painfully this week, a new system of universal background checks for gun purchases.
The lack of action on legislation in the Senate has cleared space for Republicans to pack open seats on federal courts, a worthy aim in the minds of many conservatives and a legacy-builder for Trump, but maybe not the top priority of every American.
McConnell shows no sign of buckling. Far from acceding to Democrats’ demand on background checks, he called three Senate Republican committee chairmen to urge them to have bipartisan talks over legislation reflecting what Trump outlined Monday.
“Partisan theatrics and campaign-trail rhetoric will only take us farther away from the progress all Americans deserve,” he said in a statement.
McConnell’s fellow Republicans in Congress — in their home districts for the August recess, likely far from Capitol Hill reporters’ questions — are unlikely to be any more eager to act on gun legislation.

Democrats hope the pressure on McConnell after the shootings can help force their bills onto the Senate floor.
“It is incumbent upon the Senate to come back into session to pass this legislation immediately,” House Speaker Nancy Pelosi of California and Senate Minority Leader Chuck Schumer of New York said in a joint statement, calling on McConnell to cancel the Senate’s summer break to debate the gun bill that passed the House back in February.
In the past McConnell has shown himself to be shameless as a political operator. That’s not a value judgment, but he sat for nearly a year on President Barack Obama’s nomination of Merrick Garland to the Supreme Court, arguing it should be the next president’s nomination. Now, if faced with the same situation for Trump, McConnell said, he would push a nominee through, acknowledging the double standard with a grin. 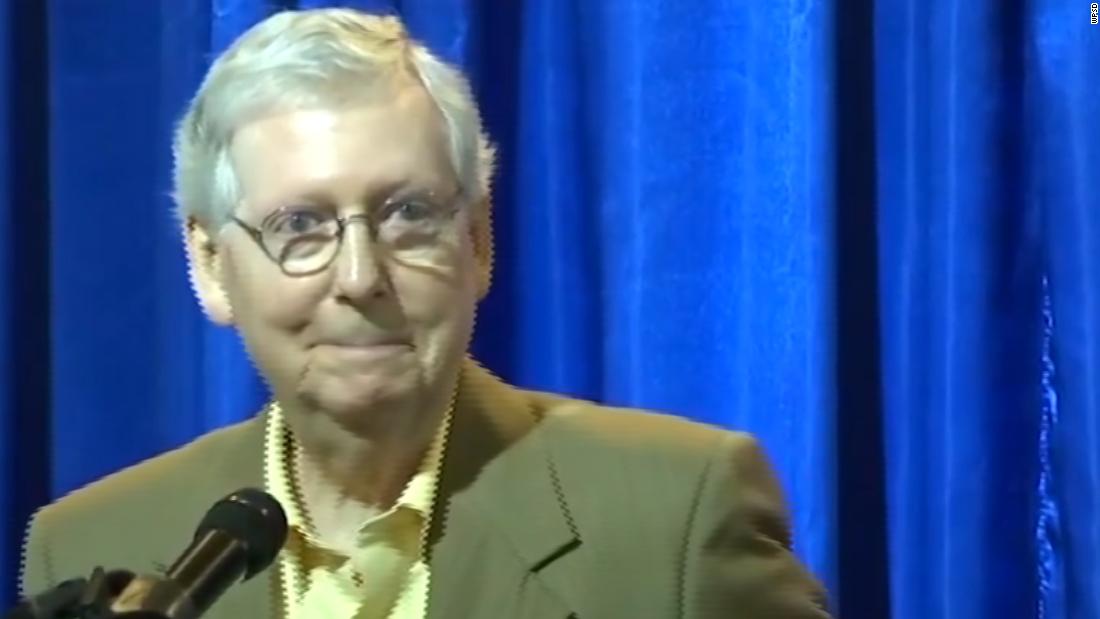 But there’s also evidence that he’s frustrated by the growing taunts of Democrats and activists. They chanted “Moscow Mitch” at him during his event in Kentucky over the weekend, trolling his obstruction of the election security measure.
On Twitter Sunday night, “Moscow Mitch” had given way to a hashtag #MassacreMitch to pressure him over gun legislation.
Pelosi, in a conference call with Democratic lawmakers, said pressure must be applied directly to McConnell to bring up what Democrats have already passed in the House even as they consider new measures, like an assault weapons ban.
“The President and Mitch McConnell have to feel the public sentiment on this,” she said, according to a Democratic aide. “We have a golden opportunity to save lives.”
Rep. Tim Ryan, a Democratic presidential candidate from Ohio, used stronger language during an interview Monday on CNN.
“The key is the bottleneck in Kentucky, and the gentleman from Kentucky needs to, as I’ve said many time, he needs to get off his ass and get to work,” Ryan said.
There does seem to be some movement toward consideration of new federal grants to help states enact “red flag” laws. And that might be good legislation, but it’s far from any sort of sweeping legislative statement. And while Republican and Trump whisperer Lindsey Graham, a South Carolina GOP senator, and presidential daughter Ivanka Trump like the idea, let’s wait for McConnell to weigh in before assuming it could see actual action.

There is some indication that McConnell is not immune to scrutiny and pressure.
He responded angrily to the “Moscow Mitch” line on election security bills as a form of “modern-day McCarthyism.”
When the comedian Jon Stewart applied a public shaming campaign after Republicans were slow to consider a bill to permanently fund a health program for 9/11 first responders, McConnell quickly ushered the measure onto the Senate floor and Trump recently signed it into law.
Democrats hope pressure to consider gun legislation will be equally severe. But in the midst of a five-week August recess, McConnell can just wait out the clock. He fractured his shoulder in a fall on patio furniture at his Kentucky home over the weekend and there’s nothing that will require him to consider gun legislation or bring senators back to town or even make public appearances.
In fact, if past tragedies are an indication, the public and the news media could soon be distracted by some other crisis. There are any number of issues — from Trump’s trade war to his standoff with Iran to the situation at the southern US border — that could boil over at any moment and distract people, again, from gun laws.
Even if Democrats cannot get their background checks proposal onto the Senate floor, they have a vocal challenger who could give McConnell a real contest in his bid for reelection next year.
Amy McGrath is a former military pilot and the first Marine to fly an F/A-18 in combat. She took umbrage at McConnell’s campaign putting her name on a mock gravestone.
Handicappers like the Cook Political Report still list the race as Likely Republican, but it’s clear that Democrats will amp up the pressure on McConnell in both Washington and Kentucky as he holds water for Trump by making the Senate floor a judge-manufacturing facility rather than the world’s greatest deliberative body.