Motherly Serena consoles opponent at Australian Open, gets Halep next 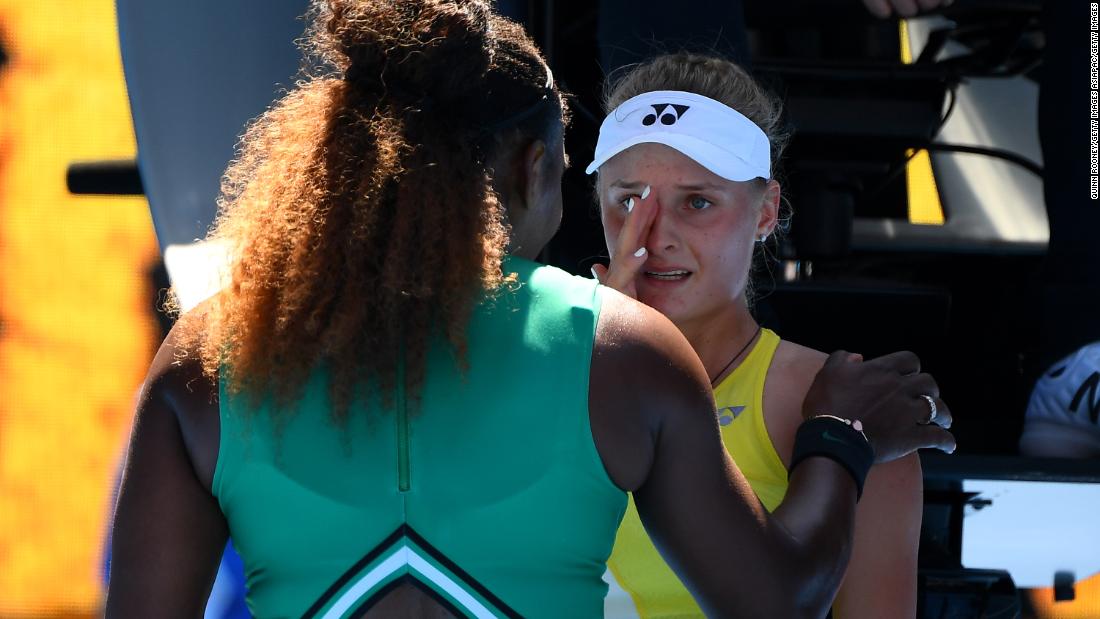 Melbourne (CNN)Younger players facing an idol like Serena Williams or Maria Sharapova on a grand stage may feel it is a dream come true. But at this Australian Open, it hasn’t quite led to a fairy-tale ending.

The 31st installment of Serena versus Venus will have to wait but a blockbuster is on the way nonetheless as Williams battles world No. 1 Simona Halep in the round of 16. The Romanian — who endured a topsy-turvy off-season and went the distance in the first two rounds this week — contested likely her best match since August in dispatching the elder Williams 6-2 6-3.
READ: Sharapova ousts Wozniacki
READ: Kyrgios turns commentator
A mother to one-year-old daughter Alexis Olympia, Williams also played mom to Yastremska when they approached one another to shake hands after the 67-minute contest on Rod Laver Arena.
The 37-year-old told the teary Ukrainian: “You’re amazing. You’re so young. You’re gonna make me cry” before they exchanged a hug. 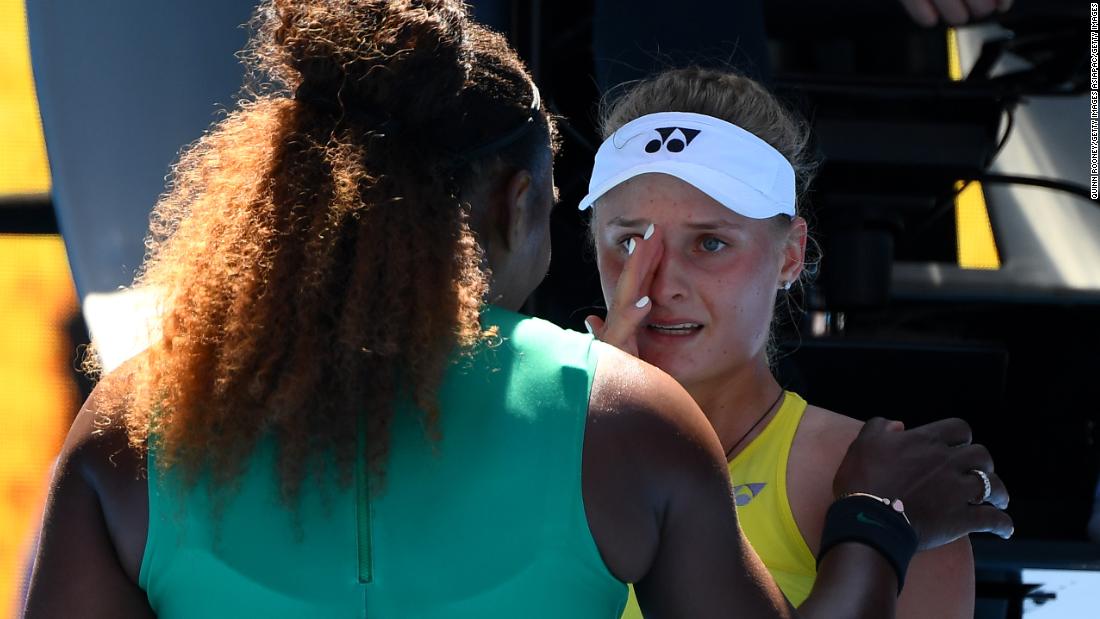 Williams said later in her post-match press conference seeing her opponent in distress “broke my heart” and she recalled being in Yastremska’s position when losing to Venus in the 2000 Wimbledon semifinals.

“I was walking to the net, I started bawling,” said Williams. “I couldn’t help it. Young girls, young women, just want to go out there and do their best and want to win.”
Yastremska used to mimic the 23-time grand slam winner’s strokes while watching her play and on the eve of the season’s first major, even got a chance to meet the legendary American.
Visit cnn.com/sport for more news and videos
She isn’t the only challenger Williams has needed to console this fortnight: Tatjana Maria, Williams’ neighbor in south Florida, wept after a 6-0 6-2 defeat on Tuesday.
Williams has dropped a mere nine games through three rounds — her lowest tally at a major since the 2013 US Open, which she won — but will likely encounter greater resistance the rest of the way. Starting with Halep.
Even if she has repeatedly said Venus is her toughest opponent — losing 12 times to her — Halep inflicted a heavy 6-0 6-2 defeat on Williams at the 2014 WTA Finals. Williams, however, thumped Halep several days later 6-3 6-0 to win the tournament and holds an 8-1 record overall against the 27-year-old. 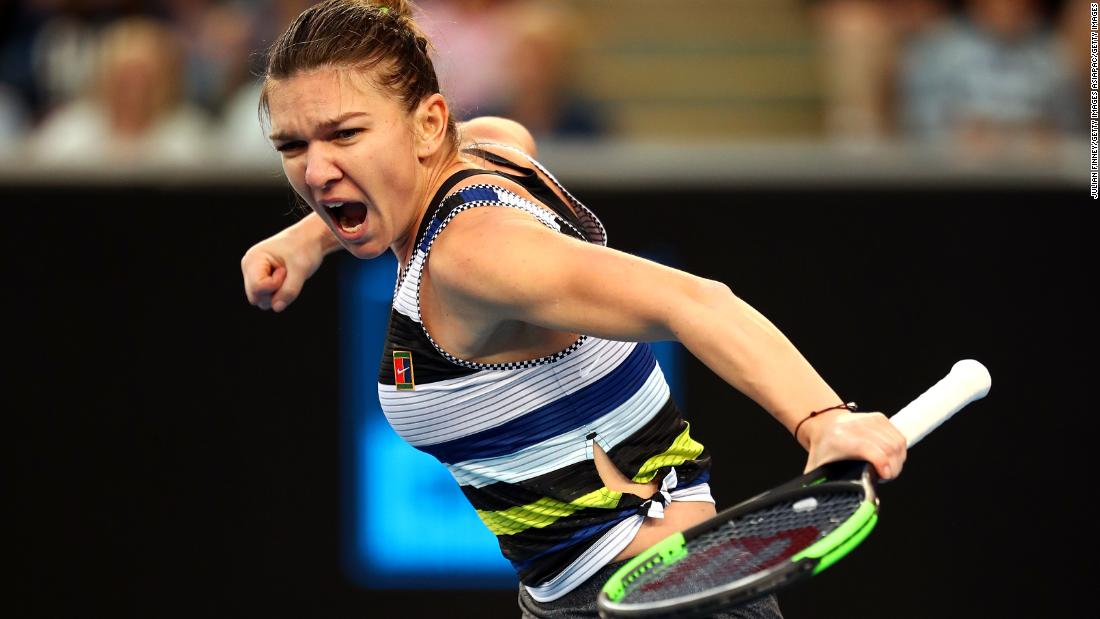 “I played many times against her,” said Halep. “We had also tough matches together. So it’s going to be just a huge match for me. I will not put pressure on myself. There’s a good chance for me to play my best tennis and to feel good on court.
“I have huge respect for her because she’s a great champion, but she’s just an opponent next round,” she also said.
Speaking prior to her sister’s outing, Williams understandably said she was rooting for Venus but would relish a matchup against Halep.
“I honestly would love to face the world No. 1,” said Williams.
Given all her time at No. 1 herself and time away from the game after giving birth, it has been a while since Williams took on a top-ranked player — in Doha in 2013 to be exact. 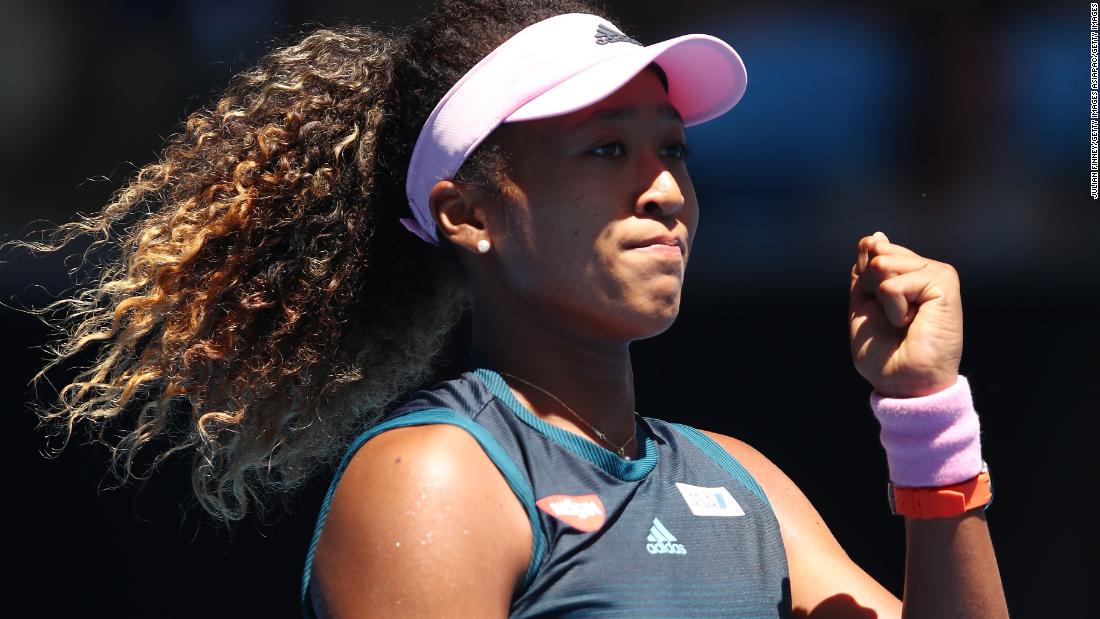 An Osaka-Williams tussle would bring much hype given their eventful US Open final, but the Japanese was almost upset Saturday by the crafty 28th-seed from Chinese Taipei, Hsieh Su-Wei.
READ: Osaka wins contentious US Open final
Changing pace and direction, using drop shots and with wonderful disguise on her ground strokes, Hsieh stunned Halep and Muguruza in grand slams last year. She is almost unique in her style.
When Hsieh led by a set and 4-1, and even 4-2, 40-0 on serve, another huge scalp was on the way. Osaka had earlier shown her frustration by, unusually, throwing her racket to the ground to earn a warning and took a tumble on court trying to counter Hsieh’s unpredictable shots.
Osaka rallied, however, for a 5-7 6-4 6-1 win. 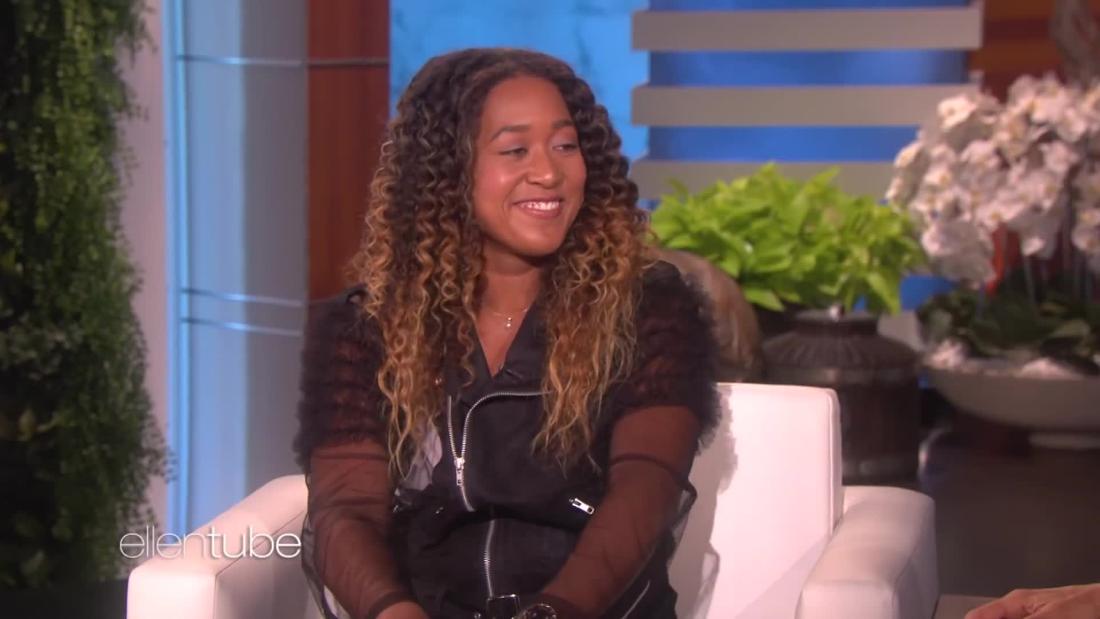 Ellen lands Naomi Osaka a date with her crush

“I’m happy with how I fought,” she told reporters. “For me that’s like, one of the biggest things I always thought I could improve, because it sort of seems like before I would accept defeat in a way, and then this time I just wanted to learn from the last match that I played in Brisbane,” she added, referring to a straight-set loss to Ukraine’s Lesia Tsurenko.

Muguruza finished her marathon clash against Jo Konta at 3:12 a.m. in the previous round yet overcame any fatigue to beat twice French Open semifinalist Timea Bacsinszky 7-6 (7-5) 6-2.
Men’s favorite Novak Djokovic, bidding for a record seventh Australian Open crown, lost his first set of the tournament but recovered to beat ‘Next Gen’ Canadian Denis Shapovalov 6-3 6-4 4-6 6-0. That despite being agitated when the lights were turned and receiving a warning for bad language, he said, in the third set.
Follow @cnnsport
“I don’t remember having lights in the past years at 5 p.m. Maybe I’m wrong, maybe not,” Djokovic told reporters. “I just felt with such a low position of the sun, the lights being switched on at 5 p.m. was completely unnecessary. It was very bright. There was no reason for the lights.”