Parents allegedly left their toddler in a running car as they gambled. Then the car was stolen

January 14, 2020 news, Parents allegedly left their toddler in a running car as they gambled. Then the car was stolen - CNN, us 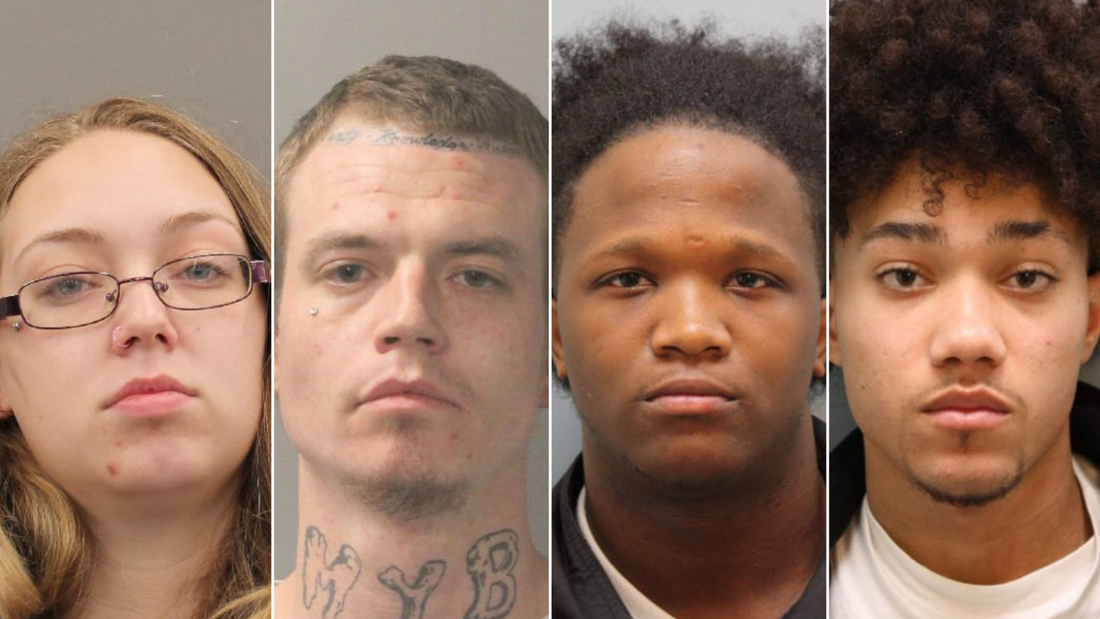 (CNN)The parents of a 16-month-old child face charges for allegedly leaving the toddler in an unlocked and running car as they gambled, and two men also were arrested for allegedly stealing that car and dropping the child off in a parking lot, the Harris County Sheriff’s Office said.

Cook and Blue would periodically check on the infant as the child slept in the running unlocked car, the statement alleges.
The statement also alleges that Vincent Leon Cannady, 19, and Jabari Jonathan Davis,18, saw the car unlocked and running and stole it.
Cook and Blue discovered their car was missing just after midnight, and police were called.
At about 12:25 a.m., a park ranger closing up MacGregor Park — 20 miles away in Houston — saw what he at first thought was an animal walking through the parking lot, Harris County Sheriff Sgt. Ben Beall said. Instead, it was the missing child wearing a onesie and shivering cold in the night.
“EMS personnel transported the child to a local hospital for observation and is in good condition,” the statement says.
Police believe the two men left the child at the park, according to the statement.
The stolen Chrysler 300 was spotted by police a short time later, leading to a police pursuit, according to the sherriff’s office. The vehicle was eventually stopped and both Davis and Cannady were taken into custody without incident, according to the statement.
Cannady and Davis face charges of auto theft and felony kidnapping, authorities said. Cook and Blue were charged with child abandonment for leaving the infant unattended, the statement said.
It was not immediately clear from court records if any of the individuals had legal representation.