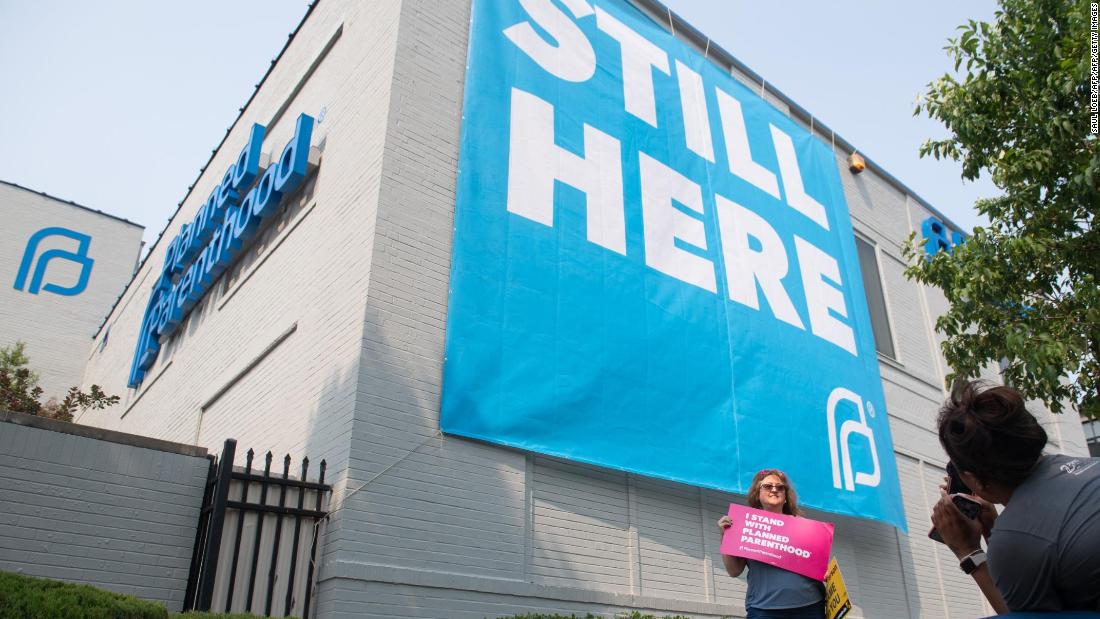 The group’s self-identified largest program to date will go toward “large-scale grassroots organizing programs and targeted canvass, digital, television, radio and mail programs,” according to a press release. Arizona, Colorado, Florida, Michigan, Minnesota, New Hampshire, North Carolina, Pennsylvania and Wisconsin will all be focuses of the initiative, per the release.
“Who we elect will determine our access to birth control, cancer screenings, sex education, abortion access and more,” said Kelley Robinson, executive director of Planned Parenthood Votes, in a statement.
“That’s why Planned Parenthood Votes will use every tool at our disposal to hit the pavement, flood the airwaves, and elect reproductive rights champions up and down the ballot,” she added. “We know this is a fight we can win.”
The super PAC pledged to back reproductive rights candidates “from the White House to the Senate to statehouses and ballot initiatives across the country,” indicating a state level focus after a year that saw a slew of pre-viability abortion restrictions coming out of conservative state legislatures. Planned Parenthood is among the plaintiffs in lawsuits challenging such laws in Alabama, Arkansas, Georgia, Missouri and Ohio.
Anti-abortion leaders decried Planned Parenthood’s election efforts, accusing the group of looking to protect its own finances and lamenting its federal subsidies. Planned Parenthood received $563.8 million in government funding in 2018, according to its annual report.
Lila Rose, president of anti-abortion group Live Action, slammed the funding effort as a display of “ruthless prioritization of politics and their bottom line over women’s health care.”
March for Life President Jeanne Mancini said in a statement that the funding effort was unsurprising “because this Administration has implemented a pro-life agenda in many areas, including the Protecting Life in Global Health Policy and new Title X regulations, both of which impacted Planned Parenthood’s bottom line.”
“It is unfair to force Americans to subsidize through their tax dollars this partisan political organization bent on electing pro-abortion politicians,” she added.
This year, Planned Parenthood rejected some federal funding. The group decided to drop Title X funding in August after the 9th US Circuit Court of Appeals upheld a Trump administration rule blocking recipient providers from discussing abortion services with patients. HHS told recipients in July that the rule would go into effect despite several pending challenges.