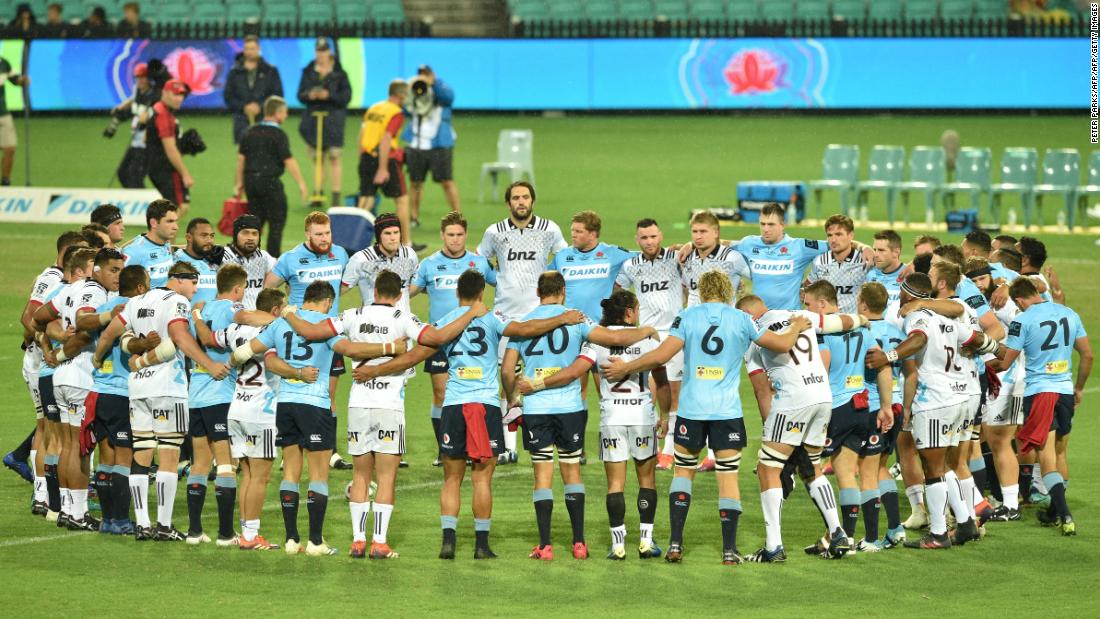 (CNN)There were emotional scenes at the Sydney Cricket Ground as players from the Crusaders and the New South Wales Waratahs formed a huddle ahead of Saturday’s Super Rugby game to pay tribute to the victims of the mosque shootings in Christchurch.

Crusaders players wore white armbands bearing the word “united” and the date of the attack and the two opposing coaches Scott Robertson and Daryl Gibson — both former players for the Canterbury club — also stood together.
“It was pretty special,” said Robertson. “It was great to be beside Gibbo who was a proud Crusader in his day and a local boy. We never got to do it last week and saw a lot of other teams do it.”
The Crusaders’ match against the Highlanders scheduled for last weekend was canceled out of respect for the victims of the attacks. 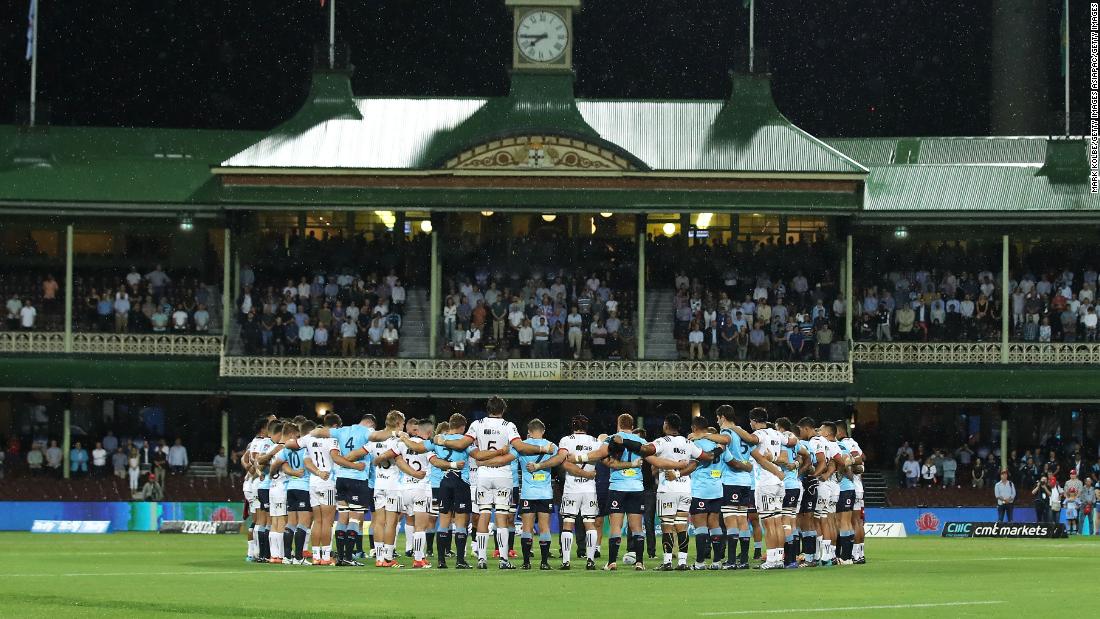 READ: Crusaders mull changing name after Christchurch massacre
“That transcends sport,” said Gibson, who spent six years as a player with the Crusaders. “You think of others in far worse situations. It was a really nice touch tonight.”
That the Crusaders lost their first game since March last year — a 19-match winning streak during which they were crowned Super Rugby champions for the ninth time — was perhaps evidence that last week’s events had affected the players.
The 20-12 victory was the Waratahs’ first win against the Crusaders since 2015 in a game that saw Australian international Israel Folau score his 59th Super Rugby try to equal Doug Howlett’s record.
Cameron Clark and Jed Holloway also crossed for the home side, while Bernard Foley contributed five points with the boot. The Crusaders replied through a George Bridge try before halftime, but Will Jordan’s score with time up on the clock proved too little too late for the visitors. 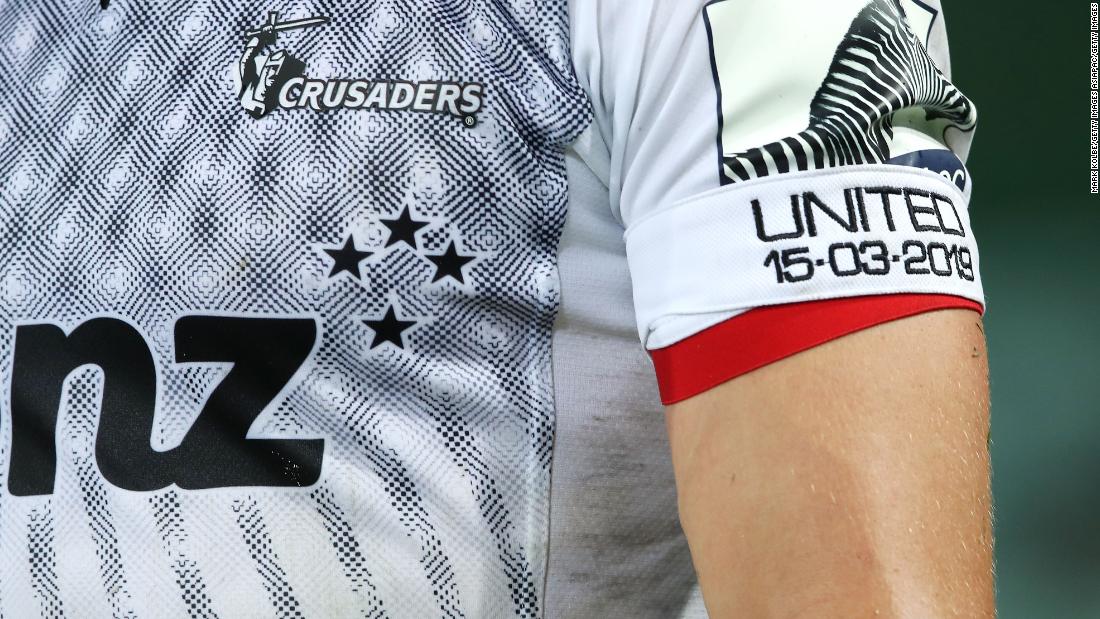 READ: Sonny Bill Williams’ tribute to Christchurch victims
“We were really desperate to play well and represent our people and show how much we care,” said Robinson.
“You can see how hard we worked but we dropped enough ball for the whole season out there. It was a tough week, but we’re Crusaders, we don’t make excuses. We just needed to be better in a lot of parts of the game tonight.”
Discussions have been taking place as to whether the Crusaders should change their name in the wake of the shootings given the association with conflicts between Muslims and Christians in the Medieval period.
The club has adopted imagery from the Crusades ever since it took on the name in 1996, with horsemen dressed in chainmail and carrying swords a feature during home games.
“Thank you to everyone who has taken the time to express their views on our name and brand,” the club said in a statement on Wednesday.
“We have received too many messages to be able to personally respond to them all, but please know that every comment will be read and considered.
“We are committed to undertaking a thorough process on this, but it should not be this community’s primary focus right now. There are more important things. Keep looking after each other, our hearts are with you.”

Previous Post: Monkey Born From Frozen Prepubescent Testicle Tissue For The First Time
Next Post: Prosecutors suggest Paul Manafort may be trying to get $1 million out of his forfeiture