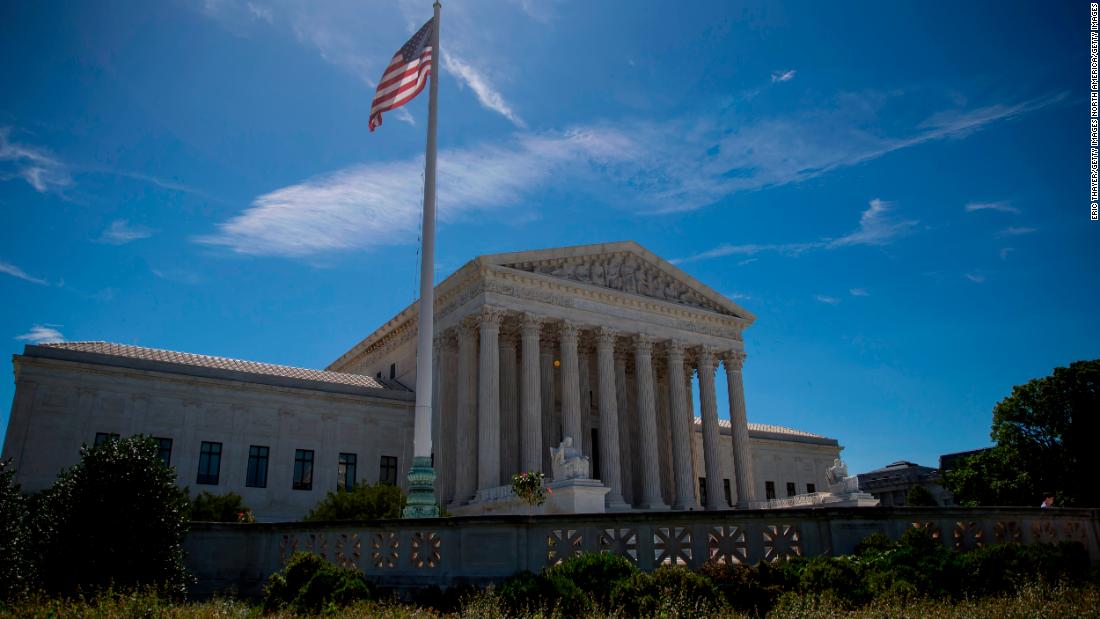 (CNN)The Supreme Court held on Tuesday that the government can detain — without a bond hearing — immigrants with past criminal records, even if years have passed since they were released from criminal custody.

The court voted 5-4 in favor of the government.
The challenge was brought by lawful permanent residents who committed a crime that could lead to their removal.
In his opinion for the court, Justice Samuel Alito said that the immigrants in the case had argued they were “owed bond hearings” in order to argue for their release. Alito said that the law did not support their argument.
Justice Brett Kavanaugh wrote separately to say that the ruling was based entirely on the language of the statute at hand. He said it would be “odd” to interpret the statute as mandating the detention of certain “non citizens” who posed a serious risk of danger of flight, but “nonetheless” allow them to remain free during their removal proceedings if the executive branch failed “to immediately detain them upon their release from criminal custody.”
“The court correctly holds that the Executive Branch’s detention of the particular non citizens here remained mandatory even though the Executive Branch did not immediately detain them.”
Justice Stephen Breyer wrote for the dissent, and took the unusual step of reading the opinion from the bench.He was joined by Justices Ruth Bader Ginsburg, Elena Kagan and Sonia Sotomayor.
“It runs the gravest risk of depriving those whom the Government has detained of one of the oldest and most important of our constitutionally guaranteed freedoms: the right not to be deprived of liberty without due process of law.”
Breyer said “far more” was at issue in the case than the “technical meaning of the words” in the immigration statute. He said the “greater importance of the case lies in the power” that the majority opinion grants to the government.
“It is a power to detain persons who committed a minor crime many years before,” Breyer said. “And it is a power to hold those persons, perhaps for many months, without any opportunity to obtain bail.”
The opinion comes as the government has taken a hard line across the board on enforcing immigration laws. While difficult to know the precise number of individuals who would be impacted by the ruling, the lower court pointed out that each day the government holds some 30,000 immigrants while determining whether they should be removed from the country.
A panel of judges on the 9th US Circuit Court of Appeals ruled against the government in 2016, holding that under a provision of the Immigration and Naturalization Act, the Department of Homeland Security can detain without bond only those criminal aliens who were taken into immigration custody “promptly upon their release from the triggering criminal custody,” not those detained long after.
Other courts have split on the issue.
The named plaintiff, Mony Preap, was born in a refugee camp after his family fled Cambodia’s Khmer Rouge. He arrived as an infant in 1981 and was convicted twice in 2006 of possession of marijuana. Years after his release, he was transferred to immigration detention after a short sentence for simple battery, an offense that does not trigger mandatory detention.
Preap’s lawyers at the American Civil Liberties Union argue that under the government’s interpretation of the law, those individuals who could prove to an immigration judge that they pose no flight risk will instead be confined in detention for “months or even years on end.”
Ultimately, Preap was released from immigration custody but he remains the lead plaintiff for a class of others with similar complaints.