A bit of encouraging news to start your week!

As you’re likely aware, Tom Hanks and his wife Rita Wilson were two of the first major celebrities to announce

On Sunday evening, the 63-year-old shared a message via Twitter about how he’s feeling. And for those who still don’t seem to understand what it means to social distance, Hanks offered a reminder:

“Hey, folks. Two weeks after our first symptoms and we feel better. Sheltering in place works like this: You don’t give it to anyone – You don’t get it from anyone. Common sense, no?”

Apparently, not common enough for some people. Specifically in Los Angeles, but noted in other cities as well, hiking trails and beaches have seen an uptick in visitors over the past few days. Wanting to exercise and get fresh air is understandable, but we’re LITERALLY IN A PANDEMIC. Stay home for the safety of others!

Tom continued, wrapping up his update:

“Going to take awhile, but if we take care of each other, help where we can, and give up some comforts…this, too, shall pass. We can figure this out. Hanx”

It seems like the twosome are actually on the mend! Just a few days ago, the Forrest Gump star shared a social media update, but based on his wording compared to now, he’s seen some improvement. Along with a pick of his typewriter which says “Corona” on it, he penned:

“Hey folks. Good News: One week after testing Positive, in self-isolation, the symptoms are much the same. No fever but the blahs. Folding the laundry and doing the dishes leads to a nap on the couch. Bad news: My wife has won 6 straight hands of Gin Rummy and leads by 201 points. But I have learned not to spread by Vegemite so thick. I travelled here with a typewriter, one I used to love. We are all in this together. Flatten the curve. Hanx”

Tom and Rita had been on Australia’s Gold Coast for pre-production of Baz Luhrmann‘s untitled Elvis Presley biopic, where Mr. Hanks stars the musician’s longtime manager Colonel Tom Parker. As with many other flicks, filming has been halted for the time being, but luckily the father of four is believed to be the only person to have tested positive, per a film rep down under. 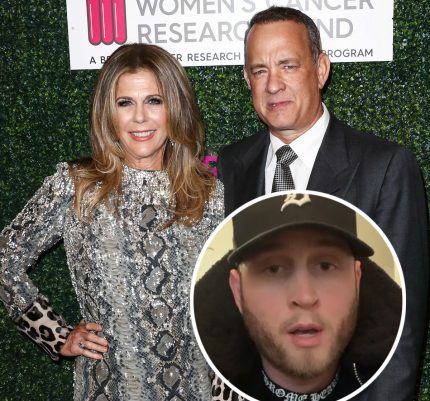 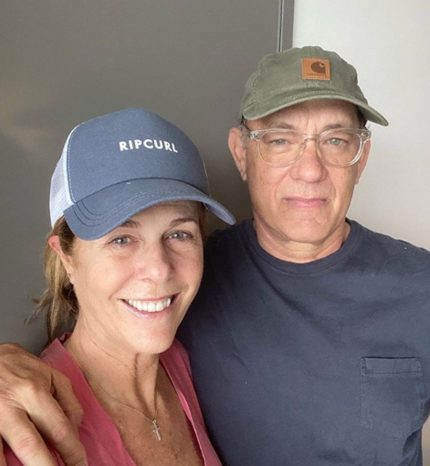