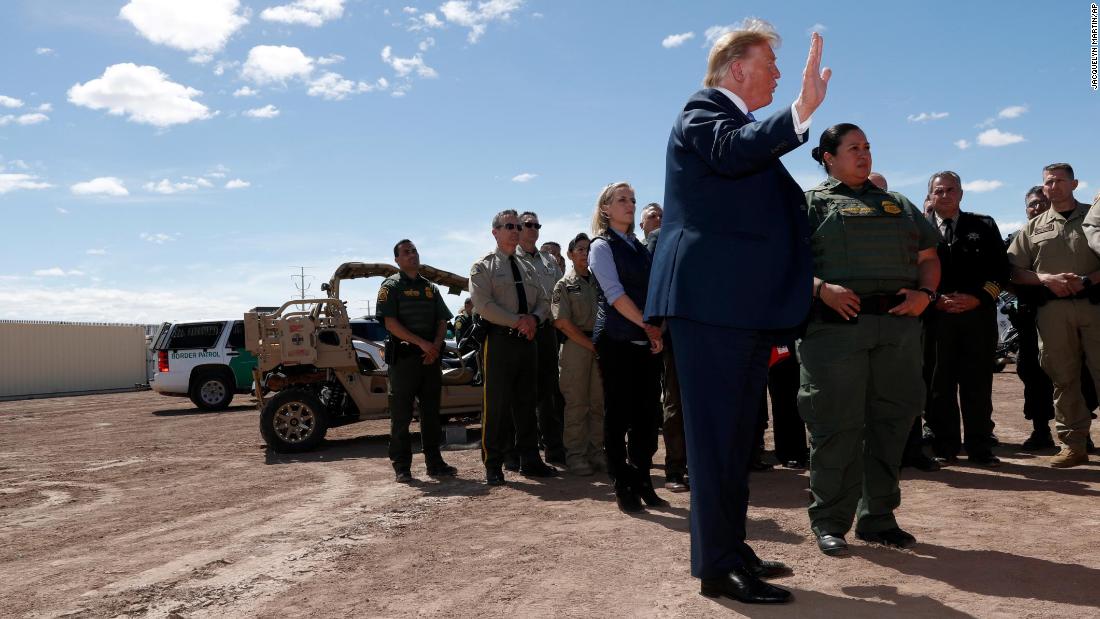 (CNN)President Donald Trump said Friday that there was no need for a summit with the Presidents of Mexico, Honduras, Guatemala and El Salvador because “they understand” the implications of his recent move to cut stabilizing aid to the Central American countries.

When asked by Fox News’ Griff Jenkins in an interview set to air Saturday whether he should arrange a summit with the four Presidents, Trump said such a meeting was unnecessary.
“No, no, I don’t need a summit. I think we’ve done very well without the summit,” the President said on “Fox and Friends Weekend.”
“They understand we stopped. We’re saving $550 million. And I respectfully told — and I thank him very much because for the last four days it’s been great.”
The vast majority of about $1.3 billion allocated to the region since 2018 has gone to the three central American countries known as the Northern Triangle, according to a Congressional Research Service study.
In the interview, Trump pointed to the number of apprehensions following his new policy announcements.
“You see, that whole stream is drying up. They could stop them at the southern border, their southern border. And you look at what’s happening now,” he said, seemingly referencing Mexican efforts to stop Northern Triangle migrants from making their way through the country to the United States.
“They pulled in 1,500, 1,500, yesterday. They brought them back,” he added. “They pulled in over 1,000 the day before. Over 1,000 the day before that; today, I haven’t gotten the number, but I mean it’s a lot.”
The President had previously said that aid to Honduras, Guatemala and El Salvador would stop because “they haven’t done a thing for us.” But experts have said have said that cutting violence-prevention and security-focused aid to the region would likely increase the number of migrants seeking to reach the United States.