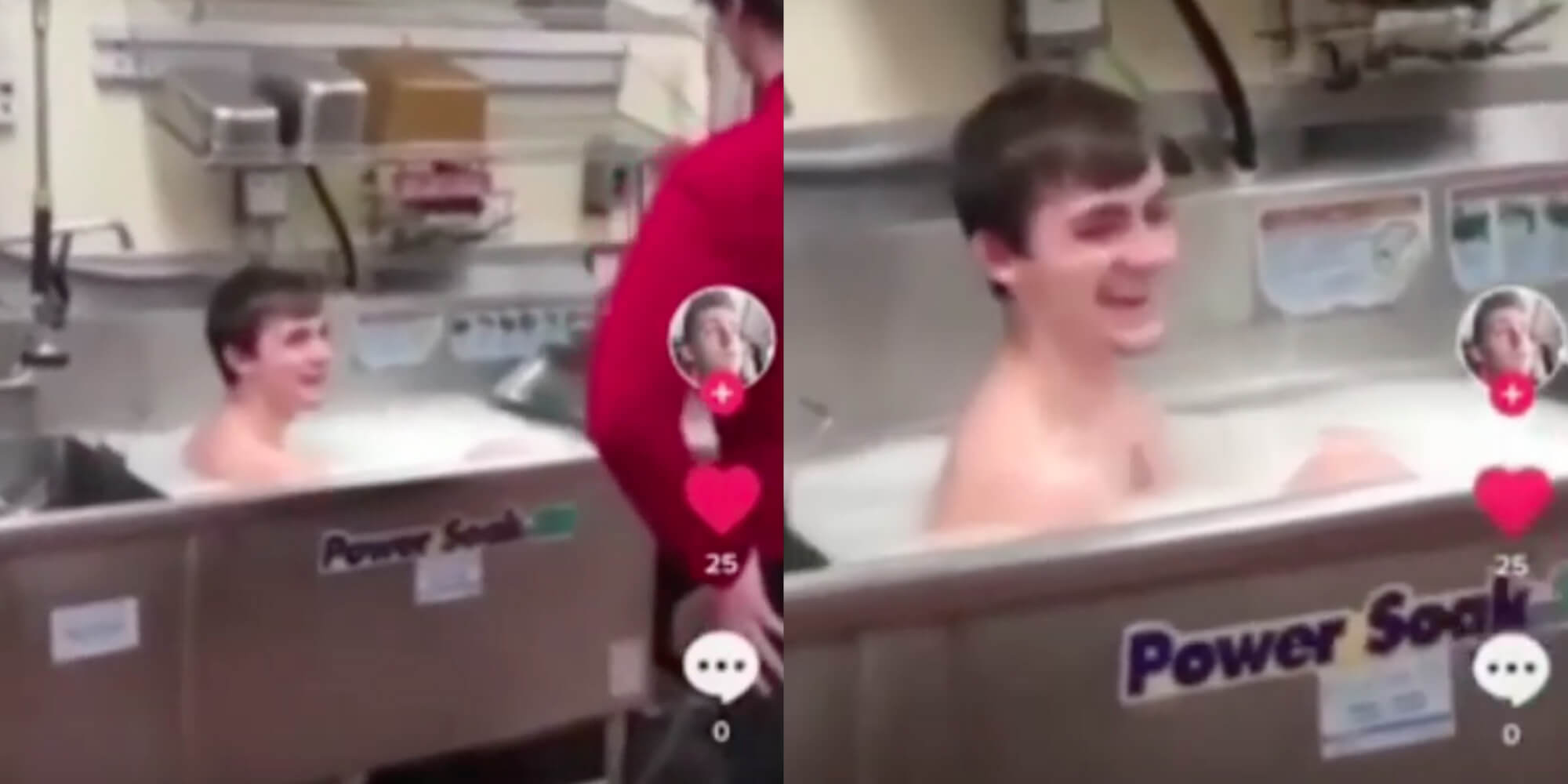 Wendys has fired employees after a TikTok video of a man enjoying a bubble bath in the restaurants industrial sink went viral.

The incident occurred at a Wendys in Greenville, Michigan.

According to New York Daily News, the 23-second TikTok went viral on Facebook, where it was reposted.

So yeah Im just gonna tell everyone right now DONT NOT GO TO THE GREENVILLE WENDYS. THIS IS DISGUSTING PLEASEEEEEE SHARE THIS, Connor Somerfield wrote in the caption of the reposted video.

The since-deleted video shows a man sittingwithout visible clothingin the foamy kitchen sink as an employee wearing a Wendys uniform throws him a washcloth and laughingly asks him to wash up.

It feels like a hot tub, the bather announces as he splashes the sudsy water on himself.

This is not the first time Wendys has gone viral for unsanitary use of its restaurant sinks. In May 2019, aFlorida employee was fired for a similar sink bath stunt.

In a statement to Newsweek, Christian Camp, the vice president of human resources for Team Schostakwhich owns and operates 56 Wendys restaurants in Michigansaid the behavior goes against Wendys safety, training, and operational standards.

Camp also confirmed that the employees were terminated, and the restaurant was sanitized before reopening for business.

It has not been confirmed whether the man in the sink was indeed an employee nor how many employees were fired as a result of the prank.

Camp added that the company has taken the proper steps to make sure something like this never happens again.

Weve taken to the appropriate steps. Weve looked at everything that was involved in the said incident to make sure everything is cleanper state regulations, at a minimumbut we try to go as far and above as we can, he stated.