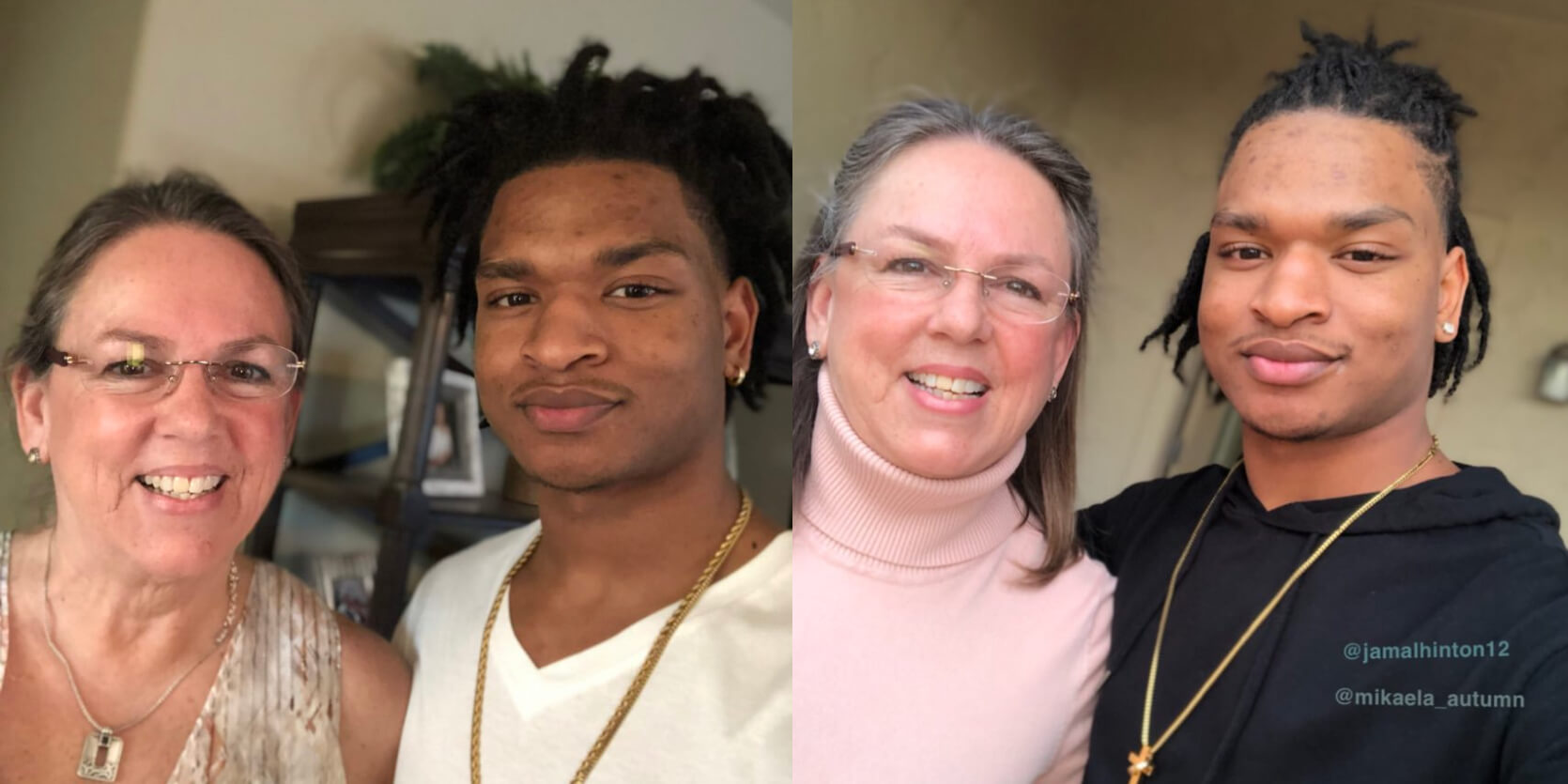 Several Thanksgivings ago, a woman named Wanda Dench attempted to text her grandson with an invite to dinner at 3pm. A stranger named Jamal Hinton accidentally received the text, and in a wholesome turn of events found a lifelong friend. This year, Dench and Hinton will spend their fourth Thanksgiving together.

When Hinton received the invitation text in 2016, he asked for a clarifying photo to ensure that the sender was, in fact, his grandmother. After she sent a photo, he responded with a text saying You not my grandma, along with an amused emoji. Can I still get a plate tho?

In true grandma style, Dench stood by the invite. Of course you can, the now 62-year-old said. Thats what [grandmas] dofeed every one.

Dench lived a mere 25 minutes away from Hinton, and so in a charming twist, he accepted the invitation. He shared the meal with Dench and her familyincluding the grandson the text was intended for. The two still enjoy the holiday together every year.

Dench told the Washington Post last year that she was initially embarrassed by the mishap. Her grandkidsthe biological onesstill tease her to this day. Hinton, however, was immensely charmed by the offer. She was very sweet and open, Hinton told the Post in 2017. I thought, I cant really not accept an offer like that.’

Since their first meeting, Dench and Hinton have only gotten closer. Last year, they even uploaded a video answering questions from people who have been following their story for years.

We dont watch TV or anything, Hinton toldTime magazine earlier this month. We just sit at the table for a couple of hours and talk the whole time and tell stories and see how weve been. Time kind of just flies, we dont even realize how long weve been there. Theyre really good company.

These days, more people come together for the Dench-Hinton holiday. Hintons girlfriend Mikaela accompanied him last year, and this year the holiday will be celebrated at the home of Mikaelas aunt. In the future, Hinton hopes to host Thanksgiving at his own home, but he says his new apartment isnt yet ready for company.

Next year, he promised.