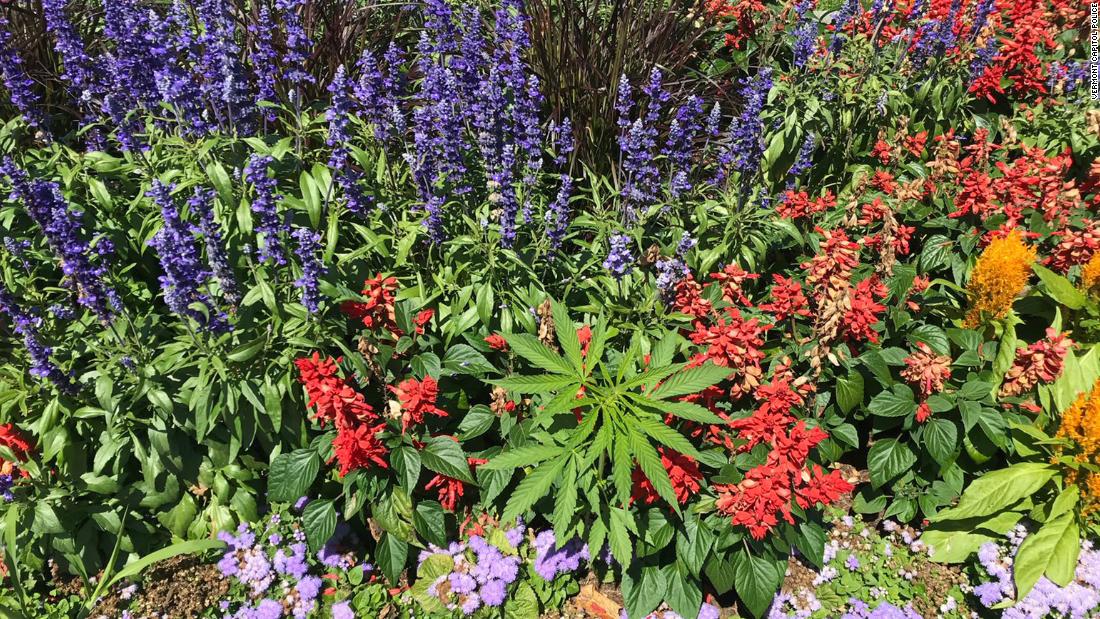 (CNN)Vermont’s Capitol Police have quite the mystery on their hands after a visitor pointed out a possible cannabis plant growing in the flower beds on the front lawn.

The genetic differences between hemp and marijuana are whether the plant has the potential to change your mental state, according to a University of Minnesota study.

Further lab testing would be needed to figure out what the plants are, but Romei says the department has no plans to test them because it isn’t pursuing a criminal case.
“We also have no thoughts on why someone would plant it,” the department said. “But if anyone wants to claim it and let us know why they planted it, we are happy to listen.”
Vermont was the first state to legalize recreational marijuana through legislature as opposed to by ballot in 2018 and legalized medicinal marijuana in 2004.
Adults who are at least 21 are allowed to have up to 1 ounce of marijuana. If you want to grow, you’re not allowed to have more than two mature marijuana plants and four immature marijuana plants, according to state law. A person convicted of breaking these laws can face up to six months of jail time or be fined $500.

Previous Post: Florida pastor stops burglar at church, holds him at gunpoint until cops arrive
Next Post: Virgin Orbit ‘drop tests’ a rocket from a 747 aircraft 35,000 feet in the sky