A woman took a picture of three Irish men in Times Square. It took Twitter only an hour to track the lads down.

May 18, 2019 news, so they asked a woman to take their picture and put it on the internet for them to find - CNN, These Irishmen had no phones in Times Square, us 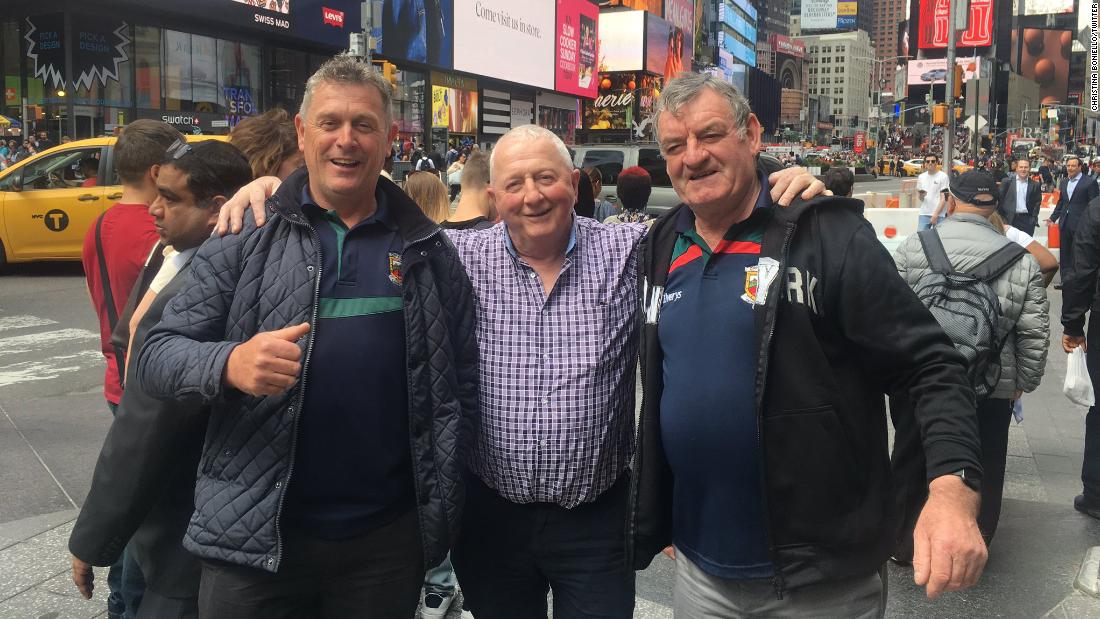 (CNN)Christina Boniello was strolling through Times Square earlier this month when a group of three men with Irish accents asked her to snap a photo of them.

They said they didn’t have their own smartphones or cameras, so they asked her to use hers.
“We’ll find it someday,” one of them said.

Lads on tour in America

Their faith paid off, thanks to the ancient power of Irish tribal ties now globalized through Internet connectivity, The Irish Sun reported.
About a week after taking the photo, Boniello posted it to Twitter, explaining how she met the men and wondering whether anybody knew them.
In less than an hour, Irish Twitter came up with the men’s identities, and the picture was sent to those Times Square dreamers. The photo was retweeted 5,700 times.
They lads touring the Big Apple were Sean Tighe, Bernie Waldron and John Devanney from the town of Ballyhaunis in County Mayo in northwest Ireland, the Irish paper reported.
And Boniello tweeted later she was able to reconnect with them: “had a quick chat too!” She said the men were “lovely.”
CNN reached out to Boniello, but hasn’t heard back yet.
Boniello’s viral tweet warmed hearts, showcasing the power of technology.
But with great power comes great grammatical responsibility.
“As soon as this started gaining traction, my biggest fear was finding a spelling mistake and having that haunt me forever,” Boniello wrote.