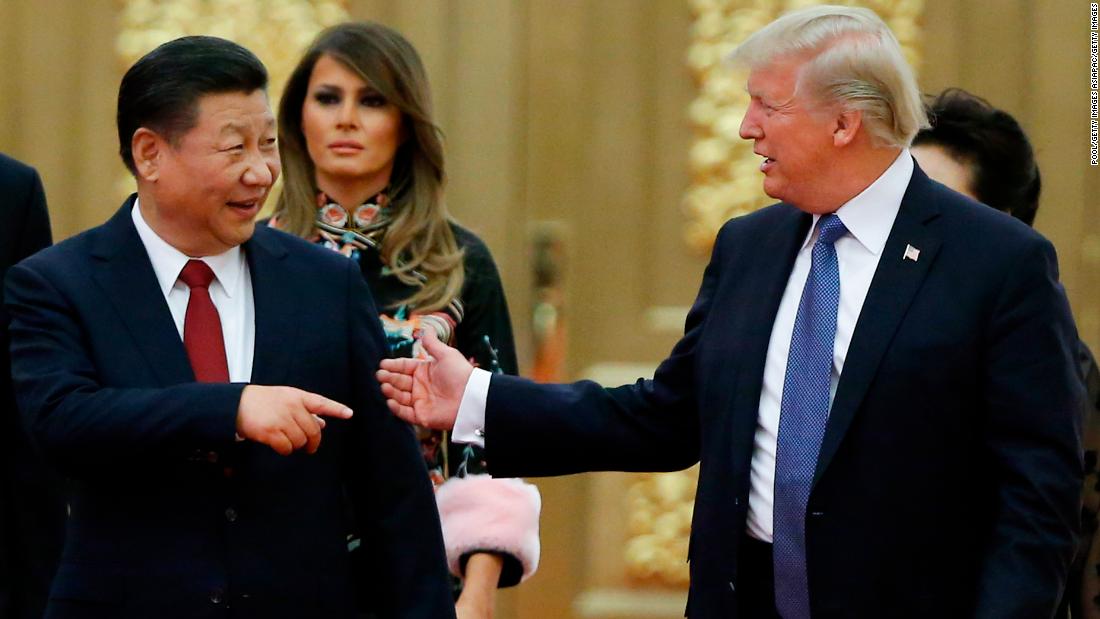 Multiple White House officials told CNN that Trump’s team was looking into options for a new nuclear treaty after New START expires in 2021 which would involve China and “include all the weapons, all the warheads, all the missiles.”
Trump said on Friday he had spoken to both Russian President Vladimir Putin and the Chinese government about a potential three-way agreement, a move which administration officials said could be one of his signature foreign policy achievements.

“China, I’ve already spoken to them. They very much would like to be a part of that deal. In fact, during the trade talks, we started talking about that,” Trump said at the time.
But the Chinese Foreign Ministry publicly denied on Monday it was interested in any such deal. “We oppose any country’s attempt to make an issue out of China on arms control and will not participate in any negotiation for a trilateral nuclear disarmament agreement,” spokesman Geng Shuang said at his daily press briefing.
Geng said it was up to the US and Russia, as the world’s largest nuclear powers, to reduce their weapons stockpiles before other countries took part.
CNN has reached out to the White House for a response to the Chinese spokesman’s remarks.
According to the Nuclear Threat Initiative, China has about 280 nuclear warheads, compared to the thousands held by the United States and Russia.

Experts previously said they were worried that if negotiations for a new nuclear deal ahead of the 2021 deadline dragged on too long, both Washington and Moscow might just drop out of the agreement.
This could leave both countries without a limit on their nuclear arsenal, for the first time in decades. “The only reason you bring up China is if you have no intention of extending the New START Treaty,” said Alexandra Bell, senior policy director at the Center for Arms Control and Non-Proliferation.
US Secretary of State Mike Pompeo told the US Congress in April that the Trump administration wanted to “get the deal right.”
“We need to make sure we’ve got all of the parties that are relevant as a component of this as well,” Pompeo said. “Other countries besides Russia and China.”

Previous Post: Stepdad of missing 4-year-old girl says he was abducted and knocked unconscious when she disappeared
Next Post: Trump partners with Putin to make Russia great again