Even Aaron Rodgers didn’t like ‘Game of Thrones’ finale

May 23, 2019 entertainment, Even Aaron Rodgers didn't like 'Game of Thrones' finale - CNN, news 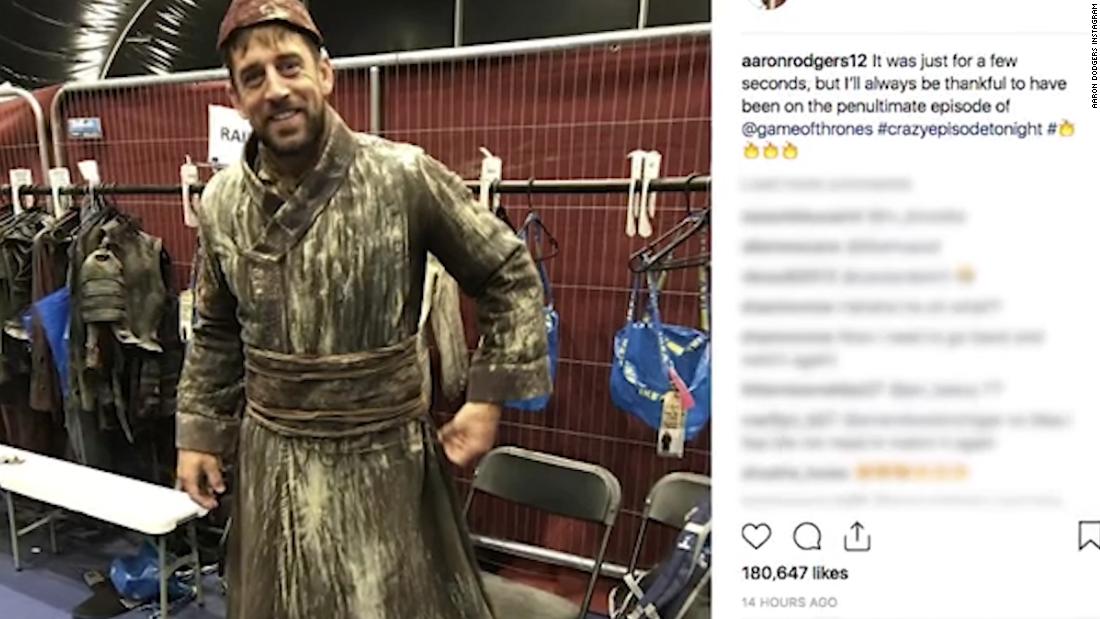 (CNN)Being an extra in “Game of Thrones” didn’t soften Aaron Rodgers’ thoughts on the series’ finale.

In a video shared on Twitter, Rodgers was asked on camera if he was satisfied with the ending.
“No,” he said. “I love the show, and it’s been a great 10 years, but no.”
Rodgers went on to share his thoughts as to which character had a “better story” and which one he thought should have ended up on the throne.

It was pretty impressive and indicative of how into the series the football player has been.
He also clarified that the internet got it wrong when some fans thought he was either an archer or a guy who got burned to death in the episode in which he appeared.
“I wasn’t the guy who got burned up, and I’m disappointed in every person who would actually say that was me ’cause if you watch that person run, they’re a total nonathlete,” Rodgers said.