If you’re up for it, it’s completely worth rewatching all 15 seasons of ‘ER’ 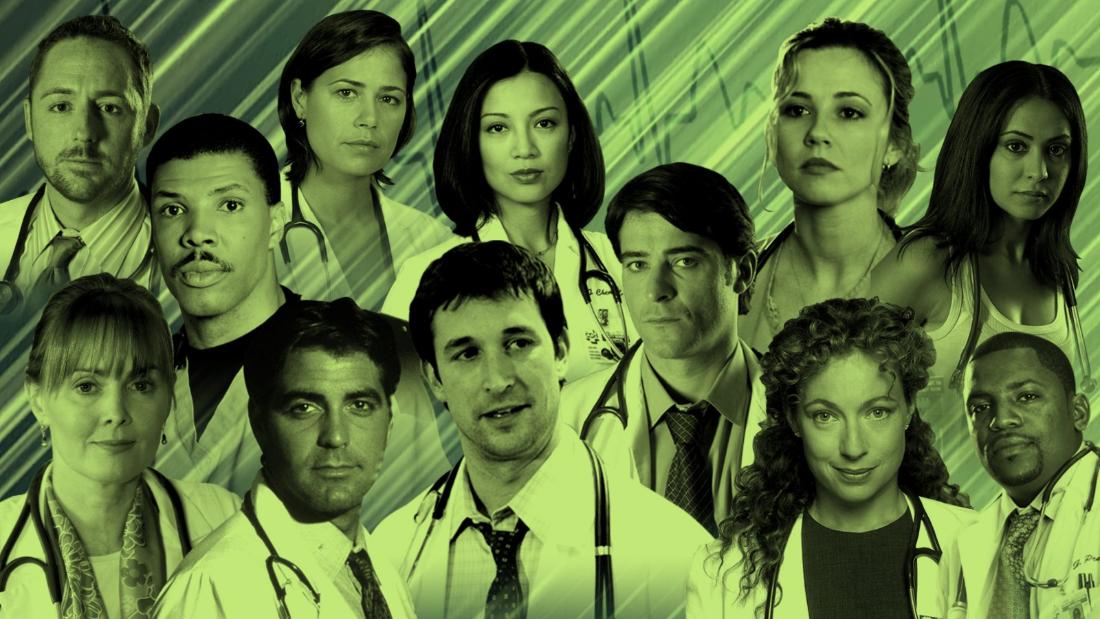 (CNN)Watching TV heartthrob George Clooney rescue a boy from drowning in a storm drain in Season 2 of “ER” made me realize two things when I was 8 years old:

2) “ER” was excellent television.
Now, [redacted] years later, I’ve confirmed both those things are still true by rewatching all 15 seasons of the medical drama.
I tore through the first 12 seasons in about four months. It was not for a work-related assignment; I just felt like doing it.

I took a long “ER” timeout midway through Season 12 because my mother claimed I was becoming a hypochondriac, and I didn’t disagree. Six months later, the entire series made its streaming debut on Hulu, the universe’s way of mocking me for spending more than $200 on the digital downloads via Amazon.
With its arrival on Hulu, I slowly worked through the remaining three seasons, completing my 331-episode rewatch weeks ago.
In addition to giving me more credits toward my doctorate in television medicine, completing my self-imposed mission a few months ahead of the 25th anniversary of “ER’s” first episode has given me clarity, both as a person who writes a lot about television for a living and someone who loves television.

Yes, a TV show can teach you about death in a way that helps you in real life

“ER” had a lot of death, but it was really a show about valuing the life that comes before it.
No greater example of this exists than the eight-season arc of Dr. Mark Greene (Anthony Edwards). In his time on the show, the character was put through the ringer — a violent attack, a divorce, a number of devastating patient losses, an awkward facial hair phase. He always came back, though — to save lives, to lead his team at County General Hospital, and to teach others how to lead.
He ultimately succumbed to a brain tumor at the end of Season 8 in one of the show’s most heart-wrenching episodes.

When that episode aired, I was 14 years old, about the age of Greene’s daughter. I remember confronting, in a way that felt extremely personal, the idea of my parents’ mortality
I spent about 15 years avoiding that episode, even changing the channel when it aired in repeats on the Pop Network. When I reached that point in my rewatch, it was less than a year after my father had died unexpectedly. Still, I powered forward.
Watching it again broke me apart in ways that are hard to describe, but also gave words to my pain in a way I hadn’t been able to express at that point and led to an epic, cathartic cry.
I found peace in reflection, too. If we must go — and we all do — what better than having a life well-lived?
In describing Greene’s departure in a 2002 interview with the Albany Times Union, executive producer Jack Orman admitted while the character’s final episodes were sad, “there’s a life-affirming element to it.”
He wasn’t wrong.

Slumps are an accepted reality of any long-running TV show, regardless of what producers claim, and “ER” was not immune.
“ER’s” happened around the time Noah Wyle, who played Dr. John Carter, scaled back his duties, and it seemed writers were having trouble highlighting the strengths of the characters carrying the load.
Admittedly, this made taking a viewing break during Season 12 easy and getting back into binge mode very hard.
The show eventually found its groove again.
An infusion of new doctors — like John Stamos’ Dr. Tony Gates, David Lyons’ Dr. Simon Brenner and Angela Bassett’s Dr. Catherine Banfield — brought renewed life to the show to help it finish strong.
Speaking of which…

It IS possible for a TV show to nail an ending

“ER” had the luxury of knowing it was heading into its final season before it started filming. This helped them craft storylines that both referenced and brought back beloved characters from the past.
Alex Kingston, Eriq La Salle, Julianna Margulies, Innes, Clooney and Wyle were among the original cast who returned for guest appearances in the final season.
Perhaps best of all, though, the show succeeded in bringing its narrative full circle.
Not only did Dr. Greene’s now-grown daughter become an intern at the hospital in the final episode, but the last scene featured the staff preparing for a big influx of patients from an industrial explosion.
Viewers never get to hear the patient’s stories because the original theme song begins to play and the camera slowly backs away from the ambulance bay, signaling the end of the series.
In that moment, the sense is given that the staff is still there doing their jobs.
When I first watched the series finale, I was disappointed. That’s the only thing that’s changed in the ten years since I saw it. Now, I get it.
Closure is nice, but I rather enjoy believing the doors of County General stayed open.
And thanks to streaming, we can visit any time.

Previous Post: In Japan, Trump accuses Jussie Smollett of hate crime against his supporters
Next Post: Six dead after severe weather in Oklahoma