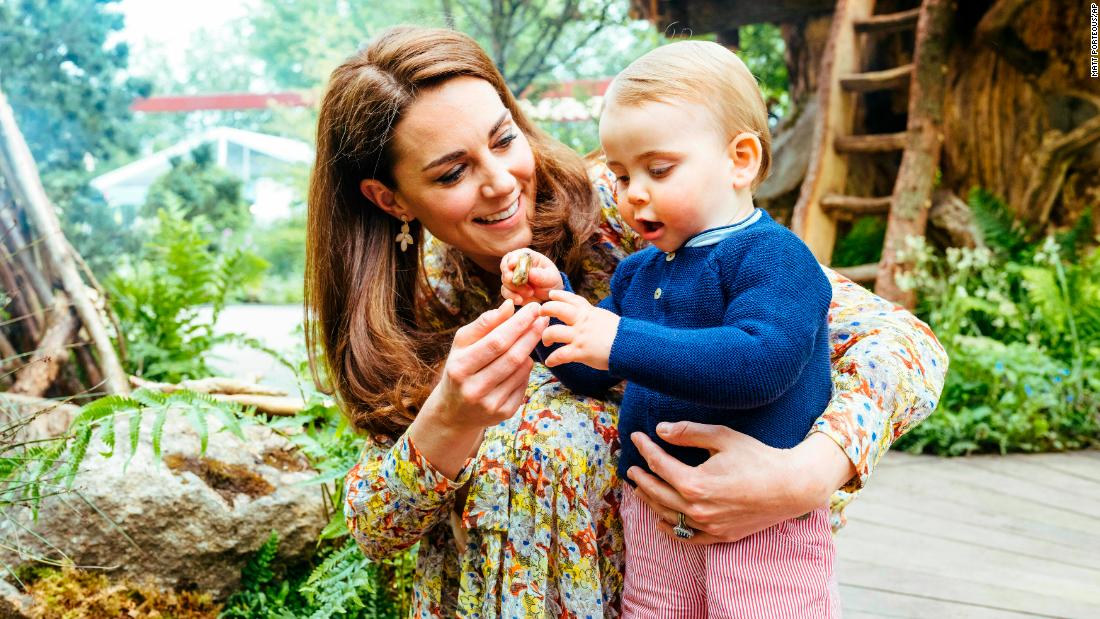 (CNN)Kensington Palace took to social media and shared some new photos of the royal family frolicking around in new garden co-designed by the Duchess of Cambridge.

“In recent years I have focused much of my work on the early years, and how instrumental they are for outcomes later in life,” the Duchess said in a statement released by Kensington Palace. “I believe that spending time outdoors when we are young can play a role in laying the foundations for children to become happy, healthy adults.”
It also gives the public an excuse to look at adorable photos of Prince George, Princess Charlotte and Prince Louis nestled in nature.
So let’s get to it, shall we?
One new thing we learned is that 1-year-old Prince Louis can walk. Here, he’s pictured wielding a large twig as Prince William looks on.

Kensington Palace said the garden is a place where families and communities get together. Most of the family seems to be having a bonding moment here, though Princess Charlotte is nowhere to be seen.

Oh wait, there she is. She and her brother, Prince George, are seen here living their best life, blissfully dipping their toes in the water without a care in the world.

And because we can never get enough of Prince Louis, here he is again, sitting on a swing and looking like he has something very serious to tell William.

Previous Post: Pupils go to theme park instead of exam
Next Post: US warns Syrian regime following allegations of chemical weapons use