‘Run, hide, fight’ has become a mantra for how to act during a mass shooting. Here’s what it really involves 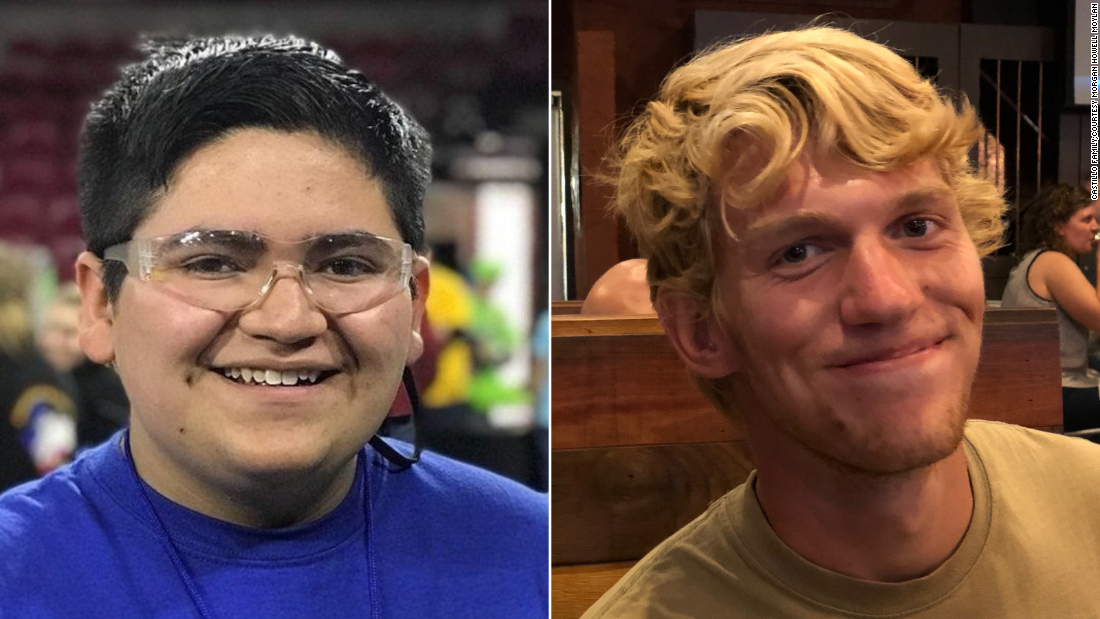 (CNN)In an era where mass shootings are all too common, “run, hide, fight” has become a mantra. When faced with an active shooter, proponents say adults and students should try to escape the area or protect themselves. And as a last resort, they’re advised to counter the gunman.

The heroic actions of both students cost them their lives. But some experts say they acted appropriately, giving others around them time to run for cover and preventing the shootings from escalating.
Here’s what “run, hide, fight” means, and when experts say it makes sense to use each option.

Experts prefer that people try to get away from the shooter. That means run, but also be vigilant and aware of the surroundings. A person should know where the exits are and if a particular exit is backed up, they should seek alternatives. They should also be able to visualize how they would get out of a location before a potentially disastrous situation unfolds.

Like each of these options, whether someone should run depends on the situation.
Pete Blair, executive director for Advanced Law Enforcement Rapid Response Training at Texas State University, endorses the mantra, but says “avoid, deny, defend” is a better way to communicate the message.
Blair says that before deciding to flee, people should consider whether they could potentially be seen by the shooter and whether the shooter would be able to strike them.
“It’s all very situationally based, so I don’t know if you can really say this is the best technique to do every time,” Blair said. “What you’re saying instead is more that this is a technique that works in this particular circumstance.”

If it’s not possible to get away from a shooter safely, the next best option is to find cover, experts say.
That means hiding, preferably behind something that could stop a bullet. It also means taking other precautions such as locking or barricading doors, turning off lights and silencing phones.
As in each of these options, there are risks.
“The obvious potential risk in the denying access is that the person could gain access to where you’re at,” Blair said. “We always teach that you need to have a second plan or option in place so that you can do something if that person does get in the door to your room.”

If someone ends up being close to the shooter and is unable to run or hide, authorities advise that the person should be prepared to take defensive measures.
What that essentially means is fight — and not fairly.
Experts say people should beaggressive and use whatever objects are available to fend off the attacker. If they attempt to strike the shooter, they should go for weak points like the eyes, throat and groin.

Countering the shooter is an extremely dangerous option, and experts typically recommend it as a last resort. While a shooter is armed, potential victims usually are not. And for the most part, they haven’t been trained to fight the way that law enforcement officers and military personnel have.
Still, experts say that this option can bring an end to the shooting more quickly and that it can minimize casualties.
“In taking that action to defend yourself, you’re also defending others because that attacker is stopped,” Blair said.

Not all experts agree with ‘run, hide, fight’

Not all safety experts endorse “run, hide, fight” as an appropriate strategy to respond to a shooting.
Ken Trump, president of National School Safety and Security Services, says training students and teachers in pre-K through high school to run, hide and fight raises ethical and moral questions.

“Are we now creating and training our children and our school officials as a generation of martyrs?” he asked.
Instead, Trump says, schools should stick to lockdowns because “lockdowns work.”
Methods such as “run, hide, fight” create confusion, he said, because the option to flee is contrary to what should be done in a secured lockdown situation. He added that the mantra does notaccount for age and developmental factors.
“The executive function in the brain doesn’t develop until the mid-20s. Yet we’re asking teens and preteens to make executive function decisions: ‘Do we attack (the) gunman? Do we not? Do we throw something? Do we not?’ ” he said.
Other professionals have a mantra of their own: “identify, assess, prevent.”

That refers to behavioral and threat assessment, and it’s a strategy that begins long before a shooting happens. Under that strategy, an interdisciplinary team works to identify concerning behaviors and potential threats before they escalate so that the appropriate authorities or facilities can intervene.
For example, people would be trained to identify behaviors such as suicidal thoughts or a fascination with firearms or previous shooters. Experts would then assess that behavior and determine how to respond.
Kelley Petrey, a threat assessment manager at Tufts University, said that some organizations are using the process to reduce the threat of workplace violence and active shooter attacks. But she said many organizations are still unaware such a strategy exists.
“From where I sit in the field, everybody tries to make it about gun violence, or about the response to a shooting or looking at physical security measures,” Petrey said. “This process called threat assessment and management is an effective way to prevent violence, but we’re not making it widely accessible.”

Previous Post: Thirty years on, the Tiananmen Square image that shocked the world
Next Post: Yoga instructor who went out for a hike in Maui is missing