The NYC subway is finally getting mobile payments. Here’s what it means for the US 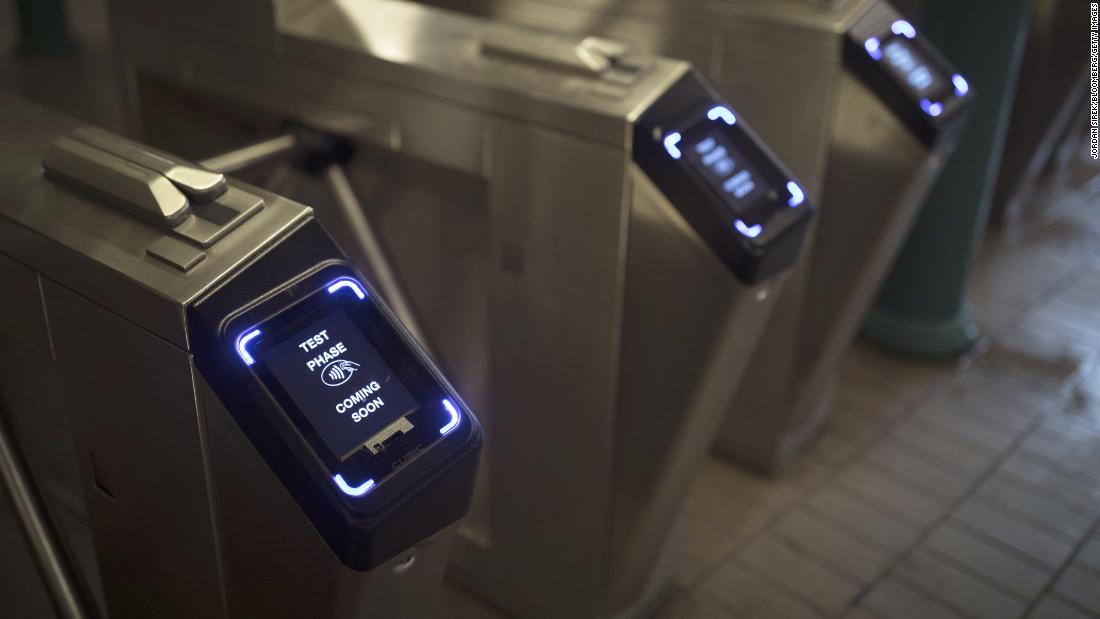 New York (CNN Business)Tapping your phone to make a payment is slowly gaining popularity in the United States and now some public transportation systems are trying out the technology to make it quicker for customers to purchase fares.

The new feature only works at select stops on the 4, 5, and 6 subway lines between Manhattan and Brooklyn, as well as on any Staten Island bus. The gradual rollout will be completed by late 2020, according to the MTA and Apple.

Apple Pay came to public transit in Portland, Oregon on May 21. Apple announced plans to bring the technology to Chicago’s transit system as well, but hasn’t provided an update since March.
The United States lags behind other countries when it comes to adopting contactless payments. It’s faced slow adoption from retailers that still prefer good old cash or credit cards and balk at the high cost of switching to a contactless pay terminal.
A significant amount of US retailers still don’t accept Apple Pay, Samsung Pay, Chase Pay, Amazon Pay and other mobile payments. It’s not just on phones — credit cards are also adding their own contactless payment technology. However, only five percent of cards issued in the US are contactless, according to a 2018 study from consultancy AT Kearney.
“Public transit rollouts like we’re seeing in New York, Chicago, and Portland will help boost awareness,” said Ted Rossman, industry analyst at CreditCard.com, “Apple, Google, and Samsung are popular brands that impact most Americans’ lives every single day, and their participation will provide an added boost.”

Poland is on track to becoming the first country with 100 percent of its checkout terminals at places like grocery stores, restaurants, and pharmacies supporting contactless payments, according to Visa data from last December. Parts of Canada, Europe, Africa, and Asia have seen greater adoption than the United States.
Customers also aren’t using Apple Pay as much in the United States. VC firm Loup Ventures estimates that 24 percent of US iPhone users have used Apple Pay compared to 47 percent of international users.
Still, Apple Pay has been picking up momentum in the United States after resisting retailers gave in. Target, Taco Bell and Speedway all announced they would start supporting Apple Pay this year. CVS and 7-Eleven joined the party last year.
Some experts are confident that the latest rollout to major public transit systems could finally win over Americans to contactless payments.

“When you take something like a transit card and you enable it with mobile, it makes it so much easier. We will stop the fumbling with Metrocards that we see every day,” said Rivka Gerwitz Little, research director of global payment strategies at the International Data Corporation, “I expect to see a massive uptake in usage.”
Horace Dediu, an analyst at Asymco, a consulting firm, said there was slow adoption of some other technologies Apple introduced at first, too, like Apple Music, 3D Touch, the Apple Watch, or software-based SIM cards. “(Retailers) resist because they feel a loss of control, even a loss of margin. However, in the longterm, the customer always wins … Efforts to resist ultimately fail because there’s so much value offered by the new technology.”